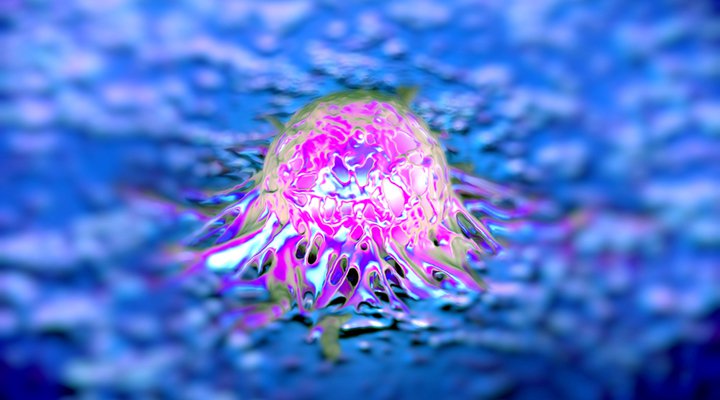 When I was diagnosed with advanced prostate cancer in September 1991, I thought my life, as I had envisioned it, was over. Instead, I have found a whole new universe of living and, in doing so, have come to terms with my own mortality.

Acceptance of our situation is the first milestone we must pass before we can truly begin the process of healing. For me this translates into doing everything I can to understand the entire process of my illness and what I can do to become well. While I do not blame myself for my diagnosis, it has been valuable for me to take an introspective look at my life in relation to the kinds of stressors or environmental exposures that may have played a role. Sometimes it is not until we are on the reef that we realize it is there.

Fortunately for us, the cancer patient today has many more resources available than there were just a few years ago. What follows by Dr. Stephen Strum is an update of the treatment of prostate cancer. I have known Steve for over 10 years. He is one of the precious few who have brought a new and compassionate dimension to the patient/physician relationship.

In this edition of Disease Prevention and Treatment, I will discuss prostate cancer (PC), using the metaphor of a military incursion needing to have a focused, strategic approach, deployed in a systematic, problem-solving manner. The purpose of such a metaphor is to bring to the student of this disease a different perspective that will hopefully provide new insights that will lead to victories in our battles against this disease. The reason for such a departure from the conventional formal discussion of PC is that this latter academic approach is not being translated into winning strategies for the man with PC. The battle is being lost because we, the generals, are not translating what has been published in medical journals and discussed at national meetings into real-time preventive, diagnostic, evaluatory, and treatment tactics. Medical pragmatism the art of being practical and using common sense is not being practiced.

The battle to prevent this disease, to diagnose it earlier, and to treat it effectively is also not occurring at the proper pace largely because men are not taking an active role in winning this war. As we are learning in our war against terrorism, you defeat the enemy by recognizing their presence early (not late), preventing their buildup, learning their location, and eradicating them with the proper weaponry. There are too many men, already diagnosed with PC, who are not taking an active role in their own recovery. Many believe that because they are consulting a professional with a medical degree (who may also command a generous salary), all or part of this equates with getting the very best advice and treatment. Wrong. In today’s world of rapid pace, where medicine is practiced with 15 minute office visits and where physicians are too busy to read and translate much of what is being published, the patient and his partner must not take a passive role and assume that all that can be done is being done.

My recommendations, therefore, either to patients with PC or to their loved ones, will be those of a counselor or guide, offering practical advice based on 20 years of working on the front lines of PC management. I do not hesitate in telling you that for the vast majority of men diagnosed with PC, a successful outcome can be realized. But the principles you are about to learn must become part and parcel of the strategic approach used by the patient/partner/physician (PPP) team. The patient and his partner have the most to gain as well as the most to lose when encountering PC. They must expend serious energy to win this particular war. In doing so, they learn the art of battle; they are brought closer together and evolve in their lives; and other intertwined health issues are brought to light and healed. This is the beauty of such an approach. Are you willing to invest in the time to help yourself? Are you worth it?

The most important take-home lesson that I can relate to you within the pages that follow relates to your ability to use concepts. It is through the use of concepts the structural framework of our thinking that we intelligently plan a strategy of success.

Table 1 Comparison of a Military Campaign with Prostate Cancer Strategy

As stated in the introduction, defeating PC is a military campaign. Winning a military campaign, or a war against PC, involves concepts such as prevention, basic training, military intelligence (Intel), early recognition of enemy activity, assessment of the strength of the enemy, an understanding of the pros and cons of the weapons in our arsenal, stabilization of key areas of conflict, stopping supply lines to the enemy, supporting our troops, and other issues common to a military arena (see Table 1). A strategy for success, be it in a military war or a war against PC, simply involves adding factual information to a sound conceptual framework.

The approaches used in a winning strategy, whether for a military campaign or a medical battle, are superimposable. That which occurs in the life of a cell is reflected in society as well. Cellular battles are but a microcosm of what takes place on a more macromolecular level within the individual, his community, his country, the planet, and the universe. This is reflected repeatedly throughout the entire history of man.

Most students of either campaign will maintain that prevention is the key to being truly victorious. There is no argument there. However, the desire to understand the principles and importance of preventive tactics does not appear to be a top priority for most people until the harsh reality of war or cancer is present. For example, the appreciation of terrorism in America was not brought home until September 11, 2001. This appreciation of the enemy may take the form of seeing the reality of cancer up close and personal when a father, brother, or other family member is diagnosed with PC or another malignancy. Otherwise, the motivation to learn and utilize prevention tactics does not seem to be part of human reality for the vast majority of us. What can we do to foster an appreciation of the value of preventing PC?

Out of every 100 men diagnosed with PC, approximately 5 will have hereditary PC (HPC). HPC is defined by any one of the following three criteria:

Genetic Transmission from Father to Son and Father to Daughter

HPC is transmitted by a gene from father to son and from father to daughter and then to her son. When HPC is present, nearly half the male offspring will have PC, and many of these will develop PC before age 55. In fact, HPC accounts for approximately 43% of PC diagnosed before the age of 55 years.

Since the transmission of the gene may also occur from father to daughter and then to her son, a sound medical history includes information about the health of the maternal grandfather as well as maternal uncles and maternal cousins regarding any history of PC. Studies of PC within families show a stronger familial inheritance pattern than colon or breast cancer.

Most importantly, procedures to routinely test the first-degree relatives of those having HPC have yielded an eight-fold higher detection of PC than that found in the general population. Soon, genetic testing for chromosomal abnormalities found in HPC may become commercially available. Patients’ interest in testing HPC similar to that available for breast cancer, appears great when there exists a family history of such disease.

Therefore, greater vigilance is suggested when a history of PC or BC is present.

What Are the Tests for High-Risk Persons?

Currently, most physicians who focus on PC as their main specialty will recommend routine prostate-specific antigen (PSA) testing starting at age 40. This is important to establish objective findings that indicate a healthy prostate. In subsequent paragraphs, this will be shown to equate with a baseline PSA of less than 2.0 and often less than 1.0 ng/mL. In a population in which there is a family history of PC, such as has been described, PSA testing should be commenced at age 35 with yearly testing for a few years to establish a trend or profile. Then, if the PSA remains below 1.0 ng/mL, consideration for testing every 2-3 years can be considered.

Vigilance on the part of the empowered patient, partner, and physician will also involve digital rectal examination (DRE) at reasonable intervals and tracking of the PSA over time. If any persistent PSA increase is noted, determinations of PSA velocity, PSA doubling times, free PSA percentage, and additional testing that will be discussed in subsequent sections must be done. Moreover, a baseline colonoscopy and stool testing for microscopic blood (Hemoccult) would be a reasonable consideration in such men starting at age 40 rather than at age 50.

Besides laboratory testing, physical examination, and investigative procedures to rule out the presence of PC and other diseases, an action plan to prevent their development should be considered. These types of preventive measures are preemptive, or defensive, measures. The most apparent of these relates to what we eat and drink.

There is no doubt that what we put into our bodies relates to the health of our cells. It is obvious that food intake is associated with delights to our senses of sight, smell, and taste. However, on a survival level, food is the necessary fuel source for all the cells of the human body. The quality and quantity of the food, water, and air we put into our bodies clearly have serious ramifications. There are major parallels between human nutrition and a high-performance engine:

The human body is certainly no less of a high-performance engine than that of an airplane or car. Yet, although we appreciate the preventive maintenance that is part of the strategy of engine survival, we are inconsistent when we too often ignore the needs of our own bodies–that is, until we have signs of engine breakdown. As many of us love our cars and care for them, we must do the same with our bodies.