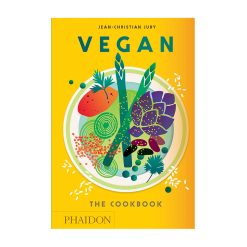 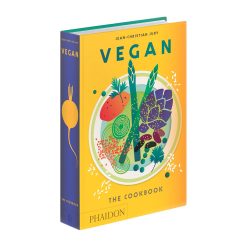 Includes nearly 500 vegetable-driven recipes, inspired by cuisines around the world, that bring vegan home cooking to new levels of deliciousness.

An internationally acclaimed chef from Toulouse, France. While working in the restaurant world in London, he suffered heart failure, which he attributes to his relentless work schedule and poor diet. Heeding this wake-up call, he began delving into the study of raw and vegan food and embraced a healthy diet and lifestyle. In 2007, he opened his first vegan restaurant, La Mano Verde, in Berlin, to much critical acclaim. He’s now based in Los Angeles but continues to travel the world, exploring global cuisine.

ean-Christian Jury is a vegan and raw-food chef from Toulouse, France. In 2008, he opened La Mano Verde in Berlin, Germany, his first vegan restaurant, and received praise from Saveur and Rodale’s Organic Life, and many international publications. He now lives in Los Angeles, California, where he is developing La Mano Verde.

Jean-Christian Jury: More about this author

“From the first sight and then the first bite at Jean-Christian Jury’s La Mano Verde in Berlin, I was in love. Now, with Vegan: The Cookbook, it’s a dream come true to have Chef Jean-Christian in my kitchen! The recipes in this beautiful book are creative but not complex, thanks to his clear directions.”–Mimi Kirk, bestselling author, plant-based chef, international speaker

“The definitive and most comprehensive cookbook of traditional and authentic home cooking vegan dishes from 150 countries around the world.”–Vegan Magazine

“If you buy just one cookbook this year, make it Vegan: The Cookbook.”— PETA

“. . . .filled with the scents and sensibilities of the world’s plant-based bounty. . . .Vegan: The Cookbook is a welcome and welcoming compendium of the many flavors and pleasures that we can rustle up in our own kitchens. . . .The thrill of discovery lurks in every page.” —The Vegetarian Gazette

“Jean-Christian has long been a pioneer and visionary leader in the plant-based world. This cookbook brings to life the depth of experience, creativity and global approach that has defined his work over the last several years..”–Chef Matthew Kenney