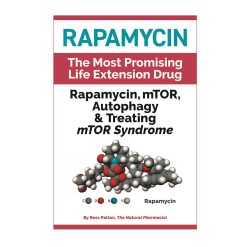 The Most Promising Life Extension Drug

Ross Pelton, the Natural Pharmacist, discusses how the prescription drug rapamycin can increase longevity. After the discovery of rapamycin, scientists began conducting experiments in an effort to understand rapamycin’s mechanism of action. This led to the discovery of mTOR, which in turn, led to the understanding of how mTOR and autophagy regulate cellular metabolism and ultimately, the health and life of all living things.

The discovery of rapamycin resulted in scientific studies that have enabled scientists to gain a totally new understanding of the aging process and how we might use this new information. The topics in this book are collectively one of the most important breakthroughs in the science of life extension that has ever been discovered.

Rapamycin is an FDA-approved drug that is ushering in a new era of life extension. However, to be clear, rapamycin is not approved by the FDA as a life extension drug. In September 1999 rapamycin received FDA approval as an immunosuppressant drug to prevent organ transplant rejection and also, two rapamycin analogs (rapalogs), temsirolimus (Torisel) and everolimus (Afinitor) have gained FDA approval for the treatment of various forms of cancer.

However, rapamycin’s approval as an immunosuppressant and as a cancer chemotherapy agent has inhibited its acceptance by physicians as a life extension drug.

Treatment with rapamycin has resulted in significant increases in lifespan in animal models including yeast, worms, fruit flies, and mice. Animals get many of the same diseases that humans develop. Results from animal studies reveal that rapamycin slows down the onset of many age-related diseases. In addition to improving animals’ health, treatment with rapamycin has produced life extensions ranging from 25-60%.

The bacterium was discovered from a soil sample taken during a scientific expedition to Easter Island in 1964. The purpose of that expedition was to search for new compounds that might express antifungal and/or antibiotic properties.

Rapamycin expressed strong antifungal activity. However, efforts to develop rapamycin as an antifungal drug were discontinued when it was discovered to have potent immunosuppressive activity.

Rapamycin also exhibited anti-proliferative properties, which prompted scientists to send samples of rapamycin to the National Cancer Institute (NCI). Tests conducted there revealed two remarkable findings. The first revelation was that rapamycin suppressed the growth in a variety of solid tumors.

Over the past 25 years, research into rapamycin’s mechanism of action has resulted in the discovery of a new understanding of cellular biology and the aging process.

This research has revealed that two mechanisms named mTOR and autophagy, which are found inside every cell, are critical regulators of cellular metabolism.

Breakthrough: Rapamycin’s Use in Humans

A groundbreaking study titled mTOR inhibition improves immune function in the elderly was published that ushered in the era of rapamycin use in humans. The study was conducted by Joan Mannick, MD, who was a senior scientist at Novartis.

In addition to being a human clinical trial, Mannick’s study is important because it sheds light on WHY and HOW rapamycin can be used safely and effectively in humans to slow down the onset of age-related diseases and increase lifespan and healthspan.

People will gain significant improvements in their health. By inhibiting mTOR and activating autophagy, all cells in the body begin to detoxify more effectively and undergo revitalization and renewal. 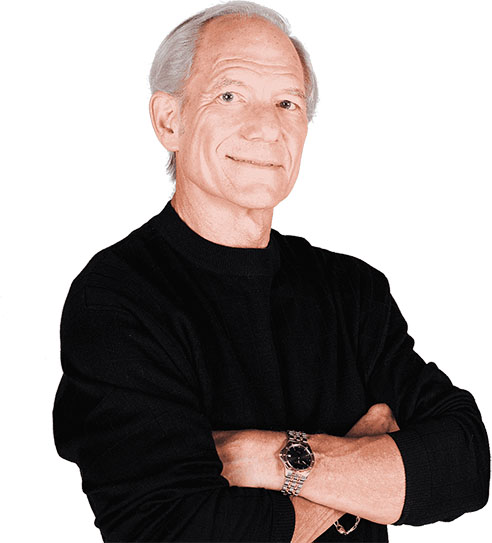 Pelton received his BS degree in pharmacy from the University of Wisconsin, has a Ph.D. in psychology and is a Certified Clinical Nutritionist (CCN).

Named one to the Top 50 Most Influential Pharmacists in America for his work in natural medicine.

He is passionate about life extension and anti-aging science and technology.  A member of the Life Extension group’s Medical Advisory Board for over 20 years.

Ross has written twelve books and he is currently the Scientific Director for Essential Formulas.