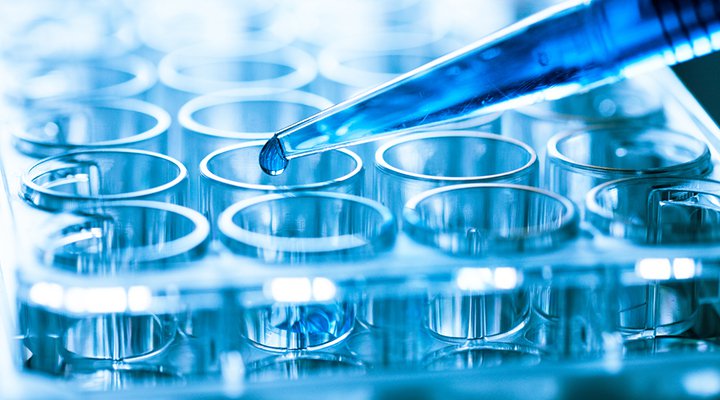 The significance of testosterone for male sexual function is apparent to most Life Extension customers. New insights, however, underscore the critical role testosterone plays in maintaining youthful neurological structure, alleviating depression, as well as inducing fat loss in those who are unable to reduce body weight regardless of diet and exercise.

Recent studies have demonstrated that low testosterone in men is strongly associated with metabolic syndrome, type 2 diabetes, cardiovascular disease (Miner and Seftel 2007), and an almost 50% increase in mortality over a seven year period (Malkin et al 2010).

Dehydroepiandrosterone (DHEA) is a hormone produced from cholesterol that then follows one of two pathways, both involving two-step enzymatic conversions, to yield either estrogens or testosterone. Thus, levels of DHEA can have a role in determining levels of estrogen and testosterone, though DHEA alone is seldom enough to sufficiently restore testosterone levels in aging men.

Obesity and associated hyperinsulinemia suppress the action of luteinizing hormone (LH) in the testis, which can significantly reduce circulating testosterone levels (Mah and Wittert 2010), even in men under the age of 40 (Goncharov et al 2009). In addition, increased belly fat mass has been correlated with increased aromatase levels (Kalyani and Dobs 2007).

Most testosterone circulating in the bloodstream is bound to either sex hormone-binding globulin (SHBG) (60%) or albumin (38%). Only a small fraction (2%) is unbound, or “free”. (Morales et al 2010).

Ageing men experience both an increase in aromatase activity and an elevation in SHBG production. The net result is an increase in the ratio of estrogen to testosterone and a decrease in total and free testosterone levels (Lapauw et al 2008). As will be discussed below, it is crucial that this skewed ratio be balanced.

The liver is responsible for removing excess estrogen and SHBG, and any decrease in liver function could exacerbate hormonal imbalances and compromise healthy testosterone levels. Thus it is important that aging men also strive for optimal liver function.

The exact cause of the age-related reduction in testosterone levels is not known; it is probably the result of a combination of factors, including:

The consequences of declining testosterone levels are striking.

Emergent evidence suggests that maintaining youthful testosterone levels may help aging men avert a variety of inflammation-mediated disease, such as atherosclerosis and arthritis. By powerfully suppressing the activity an enzyme called 5-lipoxygenase, testosterone calms a fundamental pro-inflammatory pathway involved in the synthesis of signaling molecules known as leukotrienes (Pergola 2011).

Leukotrienes are derivatives of the pro-inflammatory omega-6 fatty acid arachidonic acid; these molecules underlie much of the inflammatory development of asthma and bronchitis, and play a role in the pathology of cardiovascular disease and diabetes as well (Parlapiano 1999; Riccioni 2010).

The reduction in waist circumference indicates that testosterone reduces fat accumulation around the trunk of the body; this is particularly important since central fat mass is strongly associated with increased susceptibility to inflammatory diseases and mortality (Coutinho 2011).

Bone integrity rests upon a balance between bone formation and bone resorption, which is controlled by multiple factors – including levels of estrogen and testosterone (Tok et al 2004, Valimaki et al 2004). In a clinical trial, testosterone increased bone mineral density in elderly men (Kenny et al 2010). Testosterone supplementation also has a positive effect on muscle metabolism and strength (Herbst 2004). This positive effect is undiminished with age.

Key to aging well is an optimistic outlook on life and the ability to engage in social and physical activity. However, low levels of testosterone have been associated with depression and other psychological disorders (Almeida et al 2008). To make matters worse for aging men, many conventional antidepressant medications suppress libido. Some experts suggest that testosterone therapy might reduce the need for the antidepressant medications entirely (Morley 2003, Carnhan and Perry 2004). Furthermore, testosterone treatment often increases feelings of well-being (Orengo et al 2004).

This suggests low testosterone is an important risk factor for Alzheimer’s disease (Moffat et al 2004; Rosario et al 2004). In a clinical study of 36 men recently diagnosed with Alzheimer’s disease, intramuscular testosterone treatment with 200mg every two weeks for up to one year was associated with improvement in both overall cognitive ability as well as critical visual-spatial function (Tan and Pu 2003).

Testosterone also has been linked to metabolic function in the body. Specifically, studies have found inverse associations between the severity of metabolic syndrome, a condition characterized by excess abdominal fat, high cholesterol and high blood pressure that predisposes one for cardiovascular disease, and low plasma testosterone (Allan et al 2007, Saad et al 2008). A clinical study demonstrated that men with low testosterone levels are twice as insulin resistant as their counterparts with normal testosterone levels, and 90% met the criteria for the metabolic syndrome (Pitteloud et al 2005).

There also appears to be an inverse relationship between low testosterone levels and diabetes in men (Saad and Gooren 2009). Men with diabetes have lower testosterone levels compared to men without a history of diabetes (Stanworth and Jones 2009). The Third National Health and Nutrition survey of 1,413 men showed that men initially ranked in the lowest one-third with respect to either free or bioavailable testosterone were approximately four times more likely to have prevalent diabetes compared to those ranked in the top one-third, after researchers adjusted the results for age, race/ethnicity, and adiposity (Selvin et al 2007).

While conventional thought has been that because more men die from heart attacks than women, the disparity must have something to do with testosterone. However, research is pointing out that, in fact, the opposite may be true. Low levels of testosterone appear to be correlated with several cardiovascular risk factors, including atherogenic lipid profiles, insulin resistance, obesity, and a propensity to clot (Jones et al 2005). In addition, recent research is showing a clear relationship between low testosterone levels and increased incidence of cardiovascular disease and mortality in men (Malkin et al 2010).

Compared to younger men, older males have much more estradiol (a potent form of estrogen) than free testosterone circulating in the body. These rising estrogen and declining androgen levels are even more sharply defined in the prostate gland.

An important study indicates that testosterone is beneficial for the prostate gland in the vast majority of cases. In this study researchers looked at multiple parameters, including prostate volume, prostate-specific antigen (PSA) levels, and lower urinary tract symptoms in a group of men with low or low-normal testosterone levels (Pechersky et al 2002). Of the 207 men studied, 187 responded favorably to testosterone treatment.

The Importance of Hormone Testing

Millions of aging men have the dual conditions of low testosterone and high cholesterol. Conventional physicians prescribe cholesterol-lowering drugs to reduce cholesterol, when, in fact, the age-related rise in cholesterol might simply be the body’s way of increasing hormone levels by supplying the raw materials necessary to make hormones (Dzugan et al 2002).

Researchers at Life Extension have successfully treated high cholesterol levels through a program of bioidentical hormone replacement therapy Life Extension believes that comprehensive tests, along with a careful physical examination, are essential in detecting hormonal imbalances in aging men.

The so-called “normal” levels of testosterone in older men reflect population averages. Life Extension believes that most aging men would prefer not to accept the loss of youthful vigor as normal. Instead, we suggest that a more valid optimal level for all men would be in the upper one-third of the reference range used for men aged 21 to 49 years, and that any supplementation should aim to restore hormone levels to that range. The current Life Extension optimal level of free testosterone is 20-25pg/mL.

When measuring testosterone levels, it is critical to determine the levels of both free and total testosterone to understand the cause of any observed symptoms of deficiency (Khosla et al 2008).

Because of difficulties with equipment standardization and inter-laboratory variability, it is recommended that physicians consistently use the same local laboratories and gain familiarity with the accuracy, precision and definition of normal values for the assays offered in their communities (Morales et al 2010).

It is also important to remember that blood levels of both free and total testosterone vary widely among individuals, making it difficult to establish a general baseline on which to prescribe a standardized treatment protocol. However, levels are quite consistent within individuals, and thus it is important that men have multiple tests over time to determine trends and individual thresholds for treatment.

Finally, during the initial testing, it is also imperative to test estrogen levels. Many of the unwanted effects of male hormone imbalance are actually caused by an elevated estrogen level relative to low testosterone levels (the estrogen/testosterone ratio). The Life Extension optimal level of estrogen (measured as estradiol) for ageing men is 20-30pg/mL.

A study published in the Journal of the American Medical Association (JAMA) measured blood estradiol in 501 men with chronic heart failure. Compared to men in the balanced estrogen quintile, men in the highest quintile (serum estradiol levels of 37.40 pg/mL or greater) were significantly (133%) more likely to die.

An epidemic problem that we at Life Extension observe in aging male customers is insufficient free testosterone, i.e., less than 20 – 25 pg/mL of serum. When accompanied by excess estradiol (over 30 pg/mL of serum), this can signal excess aromatase enzyme activity.

Conventional physicians are more likely to prescribe prepackaged, testosterone patches and/or gels from pharmaceutical companies that have sought FDA approval for the mass commercialization of their products.

All forms of bioidentical testosterone have the same molecular structure and will increase free and total testosterone in the blood. The major difference is that prepackaged versions could cost up to 10 times more per dose than compounded versions.

Furthermore, prepackaged testosterone gels are sold only in a limited number of doses, whereas compounded testosterone can be formulated at virtually any dose the physician feels is clinically necessary and useful.

If a man opts for testosterone therapy (available orally or as an injection, subcutaneous implant, topical cream, gel, or skin patch), he should keep several facts and precautions in mind (Schaeffer et al 2004, Cunningham and Toma 2010):