Many nootropics used today are off-label drugs that can have unwanted stimulating effects. Those preferring a more tranquil approach may consider plant-based nootropics that have demonstrated cognitive-enhancing properties.

These clinically studied plant extracts have been shown to boost memory, enhance brain processing speed, and improve concentration and alertness.

Nootropics are different from compounds that protect against brain aging or cognitive decline.

They quickly boost cognitive performance, brain processing speed, mental alertness, and attention in healthy adults. They may achieve this by increasing blood flow to the brain, combating inflammation, modulating levels of neurotransmitters, and increasing the number or effectiveness of synapses (that enable neurons to communicate).

Ancient texts dating back to the sixth century indicate that Bacopa monnieri was used to enhance memory and sharpen the intellect.

These studies indicate that Bacopa monnieri extracts may enhance:

One human study found that daily intake of Bacopa monnieri extract for 12 weeks led to an improvement in working memory (the ability to store and use short-term information).

Measurements of brain activity showed that those taking Bacopa had a more rapid onset of activity patterns associated with attention and information processing. Bacopa monnieri use also resulted in a decline in activity of the enzyme acetylcholinesterase. This enzyme breaks down the neurotransmitter acetylcholine, which is involved in memory and attention.

Gotu kola (Centella asiatica) is a flowering plant native to Asia. It has long been used in Ayurvedic medicine to boost memory and cognition.

Clinical studies suggest that gotu kola can enhance cognitive functioning in healthy adults. One study of adults ages 35 to 50 showed that intake of gotu kola daily for two months improved cognitive performance, including the retrieval of memories and speed of information processing.

In another study, daily intake of gotu kola extract for two months improved the reaction time and accuracy of working memory in healthy older adults. Researchers also found an increase in brain activity associated with attention during a cognitive task. Animal studies confirm that gotu kola can increase the number of synapses, reduce oxidative stress, and improve the function of energy producing mitochondria in the hippocampus.

Treatment with gotu kola extract also stimulated the growth and maturation of nerve cells and the formation of synapses in lab cultures of nerve cells from the rat hippocampus.

Like Bacopa, gotu kola enhances the elongation and branching of dendrites in the hippocampus and the amygdala in adult rats. These changes are associated with improvements in learning and memory.

Carotenoids and the Brain-Eye Connection

Carotenoids are a group of pigments found in many fruits and vegetables.

Lutein and zeaxanthin are closely related carotenoids that play a vital role in maintaining healthy vision. They help protect the macular density necessary for visual function. A majority of the lutein and zeaxanthin obtained from the diet is taken up by the retina, the innermost layer of the eye, and concentrated in a region near the center of the retina known as the macula.

They have also determined that levels of lutein and zeaxanthin in the macula and blood serum are associated with cognitive function. For instance, individuals with mild cognitive impairment or Alzheimer’s disease have lower levels of these carotenoid pigments in the macula or blood serum.

Numerous clinical trials have explored the effects of lutein and zeaxanthin intake on cognitive performance in healthy young and older adults.

These human studies show that lutein and zeaxanthin intake can improve:

A review of previous studies published in 2020 found that lutein and zeaxanthin were consistently effective in improving attention and long-term recollection of events, situations, and experiences.

Using brain scanning, scientists have found that lutein and zeaxanthin levels in the serum and macula are associated with increased integrity of white matter (which consists of nerve fibers that connect brain cells) in older individuals. Carotenoids can also enhance the expression of proteins that form gap junctions. Gap junctions are channels that allow neighboring cells to directly communicate with each other. Increasing gap junction communication may enhance cognitive performance.

Lutein and zeaxanthin appear to increase cooperation between brain regions that previously functioned in isolation, to increase blood flow to the brain, and to combat oxidative damage in the brain. All of these actions can help improve cognitive performance.

Combining these carotenoids with Bacopa monnieri and gotu kola may help maximize the brain’s full potential.

Nootropics can enhance cognitive performance in healthy individuals. Animal and human studies show that the carotenoids lutein and zeaxanthin and extracts of the herbs Bacopa monnieri and gotu kola enhance various aspects of cognition in healthy young and old adults.

If you have any questions on the scientific content of this article, please call a Life Extension® Wellness Specialist at + 1-866-864-3027. 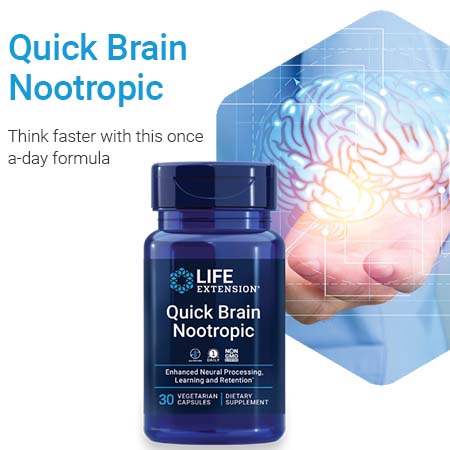 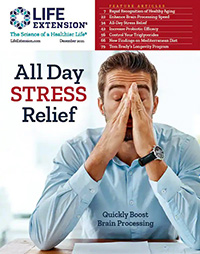 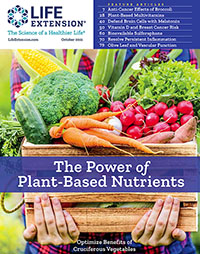 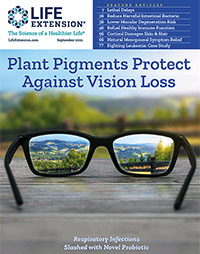