But it’s also central to many different aspects of cognitive functioning including an essential role in motivation. As we age, the activity of an enzyme called monoamine oxidase B (MAO-B) increases. MAO-B breaks down dopamine, reducing vital dopamine levels.

Many accept brain fog, slower brain speed, and lack of interest and motivation as a normal part of aging. Part of the problem may be that brain levels of this feel-good neurotransmitter decline by about 13% each decade after age 45.

This decline coincides with an increase monoamine oxidase B (MAO-B), an enzyme that degrades neurotransmitters like dopamine. To overcome this age-related brain deficit, scientists screened hundreds of plants with MAO-B-inhibiting properties. Phellodendron tree bark stood out as one of the most potent and selective plant-derived MAO-B inhibitors.

Dopamine is a crucial neurotransmitter that carries “messages” between brain cells.

There are four neural pathways in the brain through which dopamine acts to elicit behavioral, cognitive, and neurological responses.

It is through these pathways that dopamine exerts its effects on movement and learning, emotion and pleasure, cognition and memory, as well as on a hormonal pathway.

Interestingly, it is believed that the role of dopamine in addiction extends to our troubled relationship with our smart phones and social media. You see people always checking their phone as if they can’t live without it for a minute or two. Researchers claim that this behavior is dopamine driven. We get a “reward” when our phones (and social media) show us laughing faces, positive recognition from our peers, and messages from loved ones. We then become addicted to checking our phones to get a little dopamine reward every time we do. These social media platforms are designed to activate and elicit a dopamine response and therefore get us hooked on them – even when in many cases we don’t get the positive pleasure reinforcement.

Dopamine is known for the many roles it plays in our bodies and in our minds, but has received attention for its role as a “feel-good hormone” and in regulating mood. The brain releases dopamine during pleasurable activities such as eating or having sex (or using certain drugs).

But beyond pleasure and mood, dopamine levels can affect a person’s attention, motivation, and movement. Obviously, these are essential brain functions. We need motivation to make breakfast, to plan out the day, to accomplish tasks. With an adequate supply of dopamine in specific brain regions, we can tackle difficult tasks. The flip side is that low dopamine levels in brain reward regions are associated with depression, lack of motivation and pleasure (the latter is known as anhedonia), and the symptoms of drug withdrawal. These are also symptoms of normal aging in some people.

What is more, loss of dopamine function has been shown to play a major role in the development of some neurodegenerative diseases.

Studies in rodents and humans have shown that MAO-B activity increases in the brain in older age. One study that mapped MAO-B activity in humans found an increase in most brain structures starting at age 50 to 60.

Another study also documented increased MAO-B activity in older humans. This study found that its activity was higher in people with dementia than in non-impaired individuals of the same age. That suggests that MAO-B overactivity plays a possible role in neurodegeneration through its dopamine-degrading activity.

But MAO-B’s effects on the brain go far beyond its impact on dopamine. As MAO-B increases, highly toxic byproducts are formed, including hydrogen peroxide, free radicals, and toxic aldehydes. These compounds can wreak havoc in cells, leading to disease and dysfunction.

In the brain, these toxic byproducts contribute to neurotoxicity – damage to brain cells. This damage has been linked to brain deterioration and the development of age-related neurodegenerative diseases, such as Parkinson’s disease, Alzheimer’s disease, and others. When levels of MAO-B activity are normal, these toxic substances are largely neutralized by cellular antioxidant defenses. But as MAO-B activity increases with older age, antioxidant defenses also tend to decline.

This leaves an excess of these toxic compounds, which can do significant harm.

A Bark Extract That Protects the Brain

In two different in vitro studies, scientists examined hundreds of different plant compounds for their abilities to inhibit MAO-B.

Drugs such as deprenyl that inhibit MAO-B activity have been used for many years. Deprenyl is most commonly prescribed for Parkinson’s patients in order to correct their low levels of dopamine, though it is sometimes used in major depression and in attention deficit hyperactivity disorder (ADHD).

By inhibiting or blocking the activity of MAO-B, these medications leave more dopamine in our neural circuits. Studies have found that MAO-B inhibition also has other benefits for the brain. In various animal models, treatment with deprenyl consistently helps preserve cognitive function into older age.

Even more remarkably, these drugs significantly boost longevity as well. Animal studies have found that MAO-B inhibition extends lifespan. In two studies, for example, rats given deprenyl lived an average of over 37% longer than untreated rats. In both rat studies, healthy sexual activity was also maintained significantly further into old age in the deprenyl-treated animals, evidence of health benefits beyond cognitive function.

Those who take MAO-B-inhibiting drugs like deprenyl do not need to take phellodendron. Phellodendron is not a substitute for physician-prescribed medications.

The typical dose of deprenyl people take for anti-aging purposes is 5 mg two to three times a week. Deprenyl does not need to be taken daily to suppress excess MAO-B in otherwise healthy people over age 45.

To screen for this activity, it’s common that researchers prepare extracts. Both concluded that an extract of phellodendron bark is one of the most potent and selective inhibitors of MAO-B. It inhibited more than 80% of the activity of the enzyme, comparable to the drug deprenyl.

Phellodendron (which has no relation to the houseplant philodendron) is also known as the Amur cork tree. It has been safely used in traditional Chinese medicine for centuries to treat various ailments, including bacterial infections and chronic inflammatory diseases.

The ability of phellodendron to inhibit MAO-B means that it has the potential to maintain dopamine levels and to block the neurotoxic effects of the enzyme’s overactivity.

Phellodendron has neuroprotective properties that go beyond MAO-B inhibition. In one cell model of Alzheimer’s disease, phellodendron extract was shown to protect against beta-amyloid toxicity, which is commonly seen in the brains of people with Alzheimer’s.

In rodent models, phellodendron also protects against neuroinflammation, amyloid production, and other changes associated with Alzheimer’s. These mechanisms help to maintain cognitive function in the animals into older age.

Various studies suggest that phellodendron has additional, body-wide benefits. It displays anti-inflammatory, antibacterial, antiviral, and antitumor properties, among others. Along with its ability to protect cognitive function, these effects make this compound a safe way to help protect body and brain.

Overactivity of the enzyme MAO-B occurs in the aging brain after middle age.

This may result in reduced levels of the critical neurotransmitter dopamine. It also produces toxic compounds that damage brain cells and contribute to loss of function and risk for neurodegenerative diseases. Drugs that inhibit MAO-B slow or prevent the breakdown of dopamine. They are used in Parkinson’s disease and other neurotransmitter-related conditions and have been shown in animal models to protect the brain and to maintain cognitive function into older age.

Animal models have also shown they have an impact on overall longevity, significantly prolonging life. Scientific research has identified phellodendron bark extract as an inhibitor of MAO-B. It may help maintain dopamine levels and prevent the neurotoxicity associated with MAO-B overactivity. In addition, studies show that phellodendron has other neuroprotective and health-promoting properties. Those who take MAO-B-inhibiting drugs like deprenyl do not need to take phellodendron.

Phellodendron is not a substitute for physician-prescribed medications. 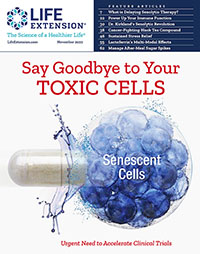 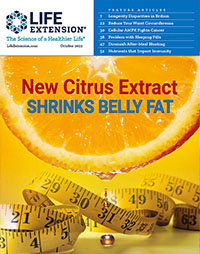