As many as 74% of Americans suffer from these and similar digestive problems.
Up to 15% of U.S. adults live with chronic irritable bowel syndrome. An underlying cause of many of these conditions is an imbalance of good to bad bacteria in our gut.

Health-conscious people know the value of taking a quality probiotic. These health-promoting bacteria help rebalance the gut microbiota. Now there is a way to make probiotics even more powerful and more effective.
Research shows that when 7 specific probiotics and 4 types of bacteriophages are used in combination, harmful bacteria are reduced, allowing beneficial bacteria to grow to as many as thousands of times their baseline rate.

Bacteriophages are tiny packages of DNA or RNA wrapped in protein that seek out and selectively eliminate only harmful bacteria. This encourages healthy bacteria to rapidly multiply and thrive.
Combining probiotics and bacteriophages in a protective dual-encapsulation format provides an innovative solution for digestive and overall systemic health. 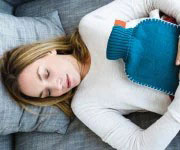 The Importance of a Healthy Microbiome

The gut microbiota — the trillions of microorganisms in the gastrointestinal tract — play a critical role in health and disease.

The balance of good to bad bacteria can be disrupted by age, medication, stress, or a diet heavy in processed carbohydrates, meats, fats, preservatives, and other additives.

An imbalance in the ratio of good to bad bacteria can trigger the development of digestive problems like gas, diarrhea, bloating, and stomach pain.

It can also lead to irritable bowel syndrome, a chronic condition causing these and other symptoms, including cramping and constipation.

The solution is to shift your gut microbiota toward a healthy balance, which can resolve digestive issues and improve overall health.

Oral probiotics have proven an effective way to increase levels of beneficial bacteria.

But they can have difficulty competing with the more aggressive, harmful microbes in the gut.

Scientists have found a way to give probiotics a huge advantage: combining the probiotics with a technique known as phage therapy.

This approach uses bacteriophages, or phages for short, to selectively reduce only harmful bacteria.

That clears the way for beneficial probiotic organisms to flourish and more fully restore the microbiome to a healthy, balanced state.

What exactly are bacteriophages?

They’re submicroscopic packages of DNA or RNA enclosed in a protein envelope. Each one is chosen for its targeted ability to attach to a particular strain of unwanted bacteria (like E. Coli ) in the intestines. 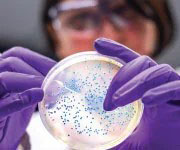 Bacteriophages  are found almost everywhere — from soil, hot springs, and the ocean depths, to the animal and human body.

They have been successfully and safely used in numerous human clinical and therapeutic settings.

In fact, phage therapy has been used to treat infections of the gastrointestinal tract, skin, head and neck, bone, chest, and abdomen.They have successfully targeted disease-causing bacteria such as Staphylococcus, Streptococcus, E coli, Salmonella, and Pseudomonas.

Evidence suggests that success rates for phage therapy may range up to 80% to 95% with either no side effects, or only mild and reversible ones.
Together with probiotics, which also have a long history of safe use, they’re a powerful way to promote digestive health.

The Origins of Phage Therapy

Phage therapy has a long history. Scientists pioneered the use of bacteriophages in Eastern Europe before World War I.
By the 1940s, corporations such as Eli Lilly and L’Oréal had developed bacteriophage “cocktails” as a highly effective treatment for infections.

The development of powerful antibiotics soon pushed this approach into the background. But antibiotics eliminate both harmful and healthy bacteria, leaving us vulnerable to attack by other organisms. Bacteriophages eliminate only detrimental bacteria.
Recognizing bacteriophages’ targeted activity, the food industry now uses them to reduce dangerous bacteria, from Listeria to E. coli to Salmonella.

Taken orally, phages provide protection both in the large intestine, where bacterial imbalance occurs, and in the small intestine, where bacterial overgrowth can occur. They are effective in small doses and work within hours.
By combining probiotics and phage therapy, scientists have documented an exponential increase in beneficial bacteria and a similar decrease in harmful bacteria.

Researchers demonstrated the effectiveness of a specific mix of four bacteriophages in studies using E. coli bacteria.
E. coli (Escherichia coli) can cause diarrhea, urinary tract infections, pneumonia, and other illnesses, and crowd out beneficial organisms.
The researchers cultured healthy Bifidobacterium longum in two Petri dishes along with E. coli. A bacte­riophage mixture was added to just one dish.

Five hours later, there was little growth of B. longum in the dish without bacteriophages. This health-promoting strain (B. longum) could not compete with E. coli.
But in the dish also containing bacteriophages,B. longum colonies rocketed to more than 7,000 times the numbers compared to those in the untreated (without phages) dish.
The bacteriophages had selectively targeted and eliminated E. coli, making room for the beneficial B. longum bacteria to multiply.

Scientists conducted the same experiment using beneficial Lactobacillus acidophilus instead of B. longum.
Again, the E. coli suppressed growth of L. acidophilus in the untreated culture. But in the Petri dish containing bacteriophages, L. acidophilus colony counts were 20-fold higher than in the other culture. 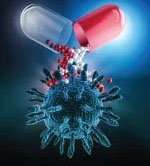 How Bacteriophages Differ from Antibiotics

Antibiotics are one of the 20th century’s greatest scientific discoveries.But decades of widespread antibiotic use have created “superbugs” that are largely resistant to current antibiotics.

In severe cases, physicians desperately search for alternatives to save patients’ lives. This has prompted excitement about bacteriophages.

With the rise in antibiotic-resistant bacteria, phage therapy is experiencing a revival in the scientific community because of its effectiveness and safety. Phage cocktails have been shown to effectively treat common bacterial invaders, including staph, strep, and E. coli.

The probiotic B. longum was given to a group of mice, along with a disease-causing E. coli strain. A second group received the same mixture plus the phage blend specifically designed to target E. coli.

The phage-treated group  also  had:

This translated into clear benefits: Phage-treated mice had improved digestive function with no detrimental side effects.
By contrast, mice treated only with E. coli and B. longum ,  without  the added phages, became constipated. Intestinal segments showed swelling, redness, and leaks.
As a result of these and other studies, scientists have begun adding bacteriophages to probiotics to make a more effective, enhanced probiotic formula.

The seven strains in this probiotic blend are enhanced by an average of 30 times when combined with the mix of four bacteriophages.
Every single one of these probiotics has been shown in studies to improve irritable bowel syndrome.
They’ve also demonstrated the ability to benefit an array of other gastrointestinal issues:

Researchers have combined these seven specific probiotic strains with the bacteriophage blend for comprehensive gut health. Because not all commercial probiotics reach their intended target, a dual-encapsulation format was developed.
By protecting the beneficial bacteria from stomach acids that would otherwise destroy them, this more effectively promotes healthy intestinal colonization. 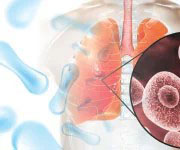 Probiotics Defend Against Viral Infections of the Respiratory Tract

The connection exists because both the intestinal and respiratory mucosa have similar characteristics and structures. The mucosa is the primary site where most common viruses — including those that cause the common cold, flu, and new coronavirus — gain entry into the body. For this reason, they can be considered the “front lines” of the battle against many viral illnesses. Ideally, the mucosa of the digestive and respiratory tracts is protected from infection by a number of reinforcements. Collectively known as the mucosal defense system, these help to keep potentially harmful viruses and bacteria at bay while allowing healthy probiotics to thrive.

Unfortunately, these defense systems are not always in top form and cannot prevent all infectious illnesses. This is particularly true with advancing age, when mucosal immunosenescence leads to waning mucosal defenses, making viral illnesses more likely and potentially more dangerous. Other chronic diseases that weaken immune defenses can further compound the problem. Fortunately, we can do something about it.

Research has revealed that probiotics stimulate and boost mucosal defenses, both for the gastrointestinal and respiratory systems. While many of the probiotic organisms consumed may end up in the gut, some colonize parts of the respiratory tract as well. The mucosal defense systems get activated by these healthy organisms, guarding against real threats, including viruses.
In addition, healthy bacteria in probiotic foods and supplements help amplify general systemic immune functions as well, getting the body ready to fight off infection more effectively should one occur.

These two effects of probiotics — shielding the mucosa and boosting immune function work together to both decrease the incidence of viral infections and to reduce their severity if they do occur. This effect has been demonstrated in human clinical trials.
Several small studies have found that probiotics have beneficial effects against respiratory tract infections. A recent review of the existing literature concluded that probiotics had a positive influence on several outcome measures. In addition to reducing the total number of respiratory tract infections, they also reduced the average length of illness, use of antibiotics, and school absences, in cases where viral outbreaks occur.

One study evaluated a blend of probiotics that includes some of the very same bacterial species discussed in this article, B. lactis, L. plantarum, and L. rhamnosus. The study scientists randomized 250 healthy adults to receive this probiotic blend or a placebo daily for 90 days during peak flu season.
The impact this probiotic treatment had on respiratory infections was not subtle! The number of flu and flu-like viral illnesses were reduced by an impressive 75%. The rate of colds — also a viral illness — was also reduced, by 39%.

In the small number of subjects on the probiotic supplement who did get sick, probiotics still had a beneficial impact, reducing both the severity and duration of viral illness. Symptom severity in flu was reduced by 37%.
The length of illness was also reduced, by about one day on average for colds, three days for cough, and close to one-and-a-half days for all acute upper respiratory tract infections overall.

With respiratory tract viral illness — from common cold and flu to new threats on the rise, probiotic supplementation may provide an added layer of protection from infection.
In addition to standard precautions such as hand washing and avoiding contact with sick individuals, probiotic supplements may help to reduce viral illness risk and severity by bolstering mucosal defenses and general immune function.

Many digestive problems, like diarrhea, gas, and stomach pain, are caused by an imbalance in the gut microbiome.

Probiotics can correct this imbalance, improving gastrointestinal comfort and overall health. Taking probiotics with bacteriophages, which target and eliminate only unhealthy microbes, allows beneficial bacteria to multiply at a vastly greater rate.

Scientists have identified seven specific probiotic strains that improve digestive symptoms and boost their intestinal colonies by an average of 30 times when taken with a specific blend of four bacteriophages.

A unique dual-encapsulation process protects these probiotics from stomach acids that would otherwise destroy them, enabling them to make it to the gut and thrive. As you’ll see on the next page, probiotics have also demonstrated anti-viral properties by enhancing immune defenses.

If you have any questions on the scientific content of this article, please call a Life Extension® Wellness Specialist on (0011) 1-800-226-2370 International call charges will apply.