Skip to content
Products may ship with a black closure. LEARN MORE >>
Spring Flash Sale - 15% Off EVERYTHING!

Life Extension® receives many inquiries about stem cell infusion therapies offered in the United States and other countries.
Our current view from small human trials is that there may be a benefit to infusions of exosomes that are naturally secreted from healthy stem cells.
Stem cell exosomes have regenerative properties that help restore functional cells needed to maintain tissue and organ viability.
Overlooked when considering exosome treatments is the ability to rejuvenate existing stem cell pools utilising approaches many of you already follow.
This includes activating AMPK and restoring youthful levels of sirtuins and NAD+.
Increasing NAD+ is a promising way to self-renew existing stem cells in order to extend lifespan and prevent disease.

A study published in June 2019 shows how a NAD+ boosting supplement called nicotinamide riboside increased stem cell colonies by 75% in the gut of aging mice.
Other studies point to the role of NAD+ in restoring circadian rhythms needed for restorative sleep.
Age-related sleep deterioration and digestive disorders adversely impact quality of life and accelerate degenerative processes in older individuals.
The most critical role of NAD+ is DNA repair. Each day, our DNA sustains numerous breaks that are repaired by NAD+ dependent enzymes.
With age, NAD+ levels plummet. Another study published in 2019 showed that a modest dose of nicotinamide riboside boosted NAD+ levels by 51% in overweight humans.
We advise holding off on most stem cell infusions until more is known about safety and efficacy.
New data reveal how NAD+ improves functionality of existing stem cells and replenishes mitochondria in cells throughout the body.

Nicotinamide adenine dinucleotide (NAD+) is a compound found in every living cell.
It is critical for cell energy production. Recent research shows NAD+ does much more.
Hundreds of different proteins in each cell require NAD+ to work properly.
The most important proteins are the sirtuins, cellular guardians that protect against DNA damage that leads to many age-related ailments. 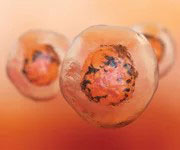 WE RETAIN STEM CELLS AS WE AGE 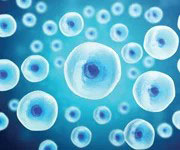 HOW OLD STEM CELLS MAY BE REJUVENATED

Resveratrol is a plant compound found in red grapes, red wine, and other darkly coloured fruits.
Among its many benefits, it activates sirtuins, the key defender proteins linked to longer, healthier life.
But resveratrol can’t do this if cells are low in NAD+.That’s because NAD+ is required for sirtuins to work properly. It would be like pressing the accelerator in your car when your gas tank is empty.
The solution is to increase intake of nicotinamide riboside to boost NAD+ levels at the same time as promoting sirtuin activity with resveratrol. This combination ensures that the enhanced sirtuin activity can have its maximum beneficial effect on health and aging.

Mitochondria are the power suppliers of every cell, breaking down nutrients like sugars and fats into energy the cell can use to do work. When mitochondria age, they become dysfunctional, contributing to many illnesses.
Evidence indicates that sirtuins perform cellular housekeeping that includes replacing old and damaged mitochondria with healthy, new ones. This process rejuvenates cells and improves their metabolism while maintaining their optimal function.
Because sirtuin activity is dependent on NAD+ (which plummets with age), supplementation with nicotinamide riboside can help preserve cellular functions.
Replenishing NAD+ levels with nicotinamide riboside resulted in enhanced mitochondrial function that:

Healthy stem cells in tissues are needed to replace dead or dying functional cells with new ones. But stem cells age and become dysfunctional over time, causing tissues to deteriorate and increasing risk for disease.
Nicotinamide riboside intake can help prevent this. In a study on elderly mice, nicotinamide riboside replenished NAD+ levels, which improved mitochondria function that rejuvenated stem cells in muscles. It also prevented the deterioration of muscle, skin, and brain stem cells.
This prolonged the lifespan of old mice by approximately 5%. Though this number may not seem huge, the supplementation only began when the mice were already two years old, the equivalent of about 80 years in humans.
A more significant effect may occur if NAD+ is boosted earlier in life, and combined with interventions like resveratrol that prompts cells to express sirtuin proteins that NAD+ then activates.

New studies corroborate a beneficial impact of NAD+ on other stem cells. In one study, researchers looked at adult mice gut stem cells, which typically dwindle in older age. Injuries to the gut of these older animals have a difficult time healing.
Nicotinamide riboside increased these digestive tract stem cell colonies by approximately 75%, improving the ability to recover from injury. This finding has favourable implications for older individuals suffering from digestive tract discomforts. 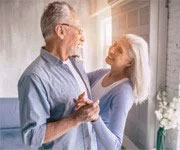 Boosting NAD+ levels can have a positive impact on multiple areas of health.
Longevity

Studying the effect of a supplement on human longevity is difficult, because of the long average lifespan of humans. But many studies show that increasing NAD+ prolongs the life of a variety of organisms.
In yeast, a single-cell organism with a short lifespan, nicotinamide riboside increased lifespan as demonstrated by improved cell replication capacity.
Studies of worms show that nicotinamide riboside can prolong their life by at least 10%.
These effects extend to mammals as well.

In a recent study of older men, levels of NADH, the reduced form of NAD+ were significantly increased by 59% only two hours after taking one dose of nicotinamide riboside, while markers of oxidative stress were decreased.
The men in this study had an 8% improvement in peak isometric muscle torque (a measure of muscle force) and a 15% improvement in fatigue associated with exercise.

Studies of mouse models of Alzheimer’s disease have shown improvements with nicotinamide riboside supplementation.
In the most recent study, it reversed the cognitive deficits in mice, improving memory. The pathology observed in the brains of Alzheimer’s disease patients, amyloid plaques, was also reduced in the brains of these animals. A previous study had similar findings.

It’s no secret that sleep patterns become disrupted with age.
Much of this problem is due to a disruption in circadian rhythms that govern our sleep/wake cycle.
NAD+ has shown the ability to re-balance circadian rhythms through its stimulation of a vital cell protein called SIRT1.
In an animal study, mice deficient in SIRT1 experienced decreased quality of sleep.
Increasing NAD+ levels can help increase SIRT1 and other sirtuins, helping to restore normal sleep/wake cycles. 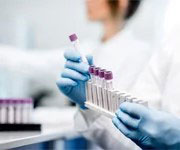 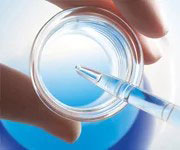 NAD+ is a critical component of a healthy aging program.
Every cell requires it for hundreds of processes. These include activity of sirtuins, cellular guardians linked to prolonged lifespan and health span.
NAD+ levels and sirtuin expression diminish with advancing age, accelerating aging processes and degenerative disease risk.
Nicotinamide riboside is a compound that increases cellular NAD+ levels, enhancing sirtuin activity. New research has found that maintaining more youthful NAD+ levels can slow certain aspects of biological aging.
NAD+ also improves the health of stem cells that can replace dead and dying cells and keep vital tissues functioning.
This not only extends lifespan, but also helps reduce the risk for metabolic disease, obesity, cardiovascular disease, cognitive dysfunction, and more.
If you have any questions on the scientific content of this article, please call a Life Extension® Wellness Specialist on (0011) 1-800-226-2370 International call chargers will apply.