During cold and flu season, zinc, elderberry, and vitamin C can bolster immune defenses and help reduce severity and duration of respiratory illnesses.

Americans suffer from over one billion colds each year, an average of more than three per person.

The flu is less common but far more severe, killing tens of thousands of Americans annually.

Here’s the good news: In the early stages of a cold or flu, it is still possible to change the course of the illness.

Three immune-supporting nutrients bolster your body’s defenses, helping to reduce both the severity and duration of the illness.

Zinc, elderberry, vitamin C and other interventions may reduce the impact of cold or flu, helping you recover and get back on your feet faster.

The Dangers of Cold and Flu

The common cold and the flu are two of the most frequent causes of acute illness, with no effective medical treatments to cure them.

More than one billion cases of cold, a viral infection of the nose and throat, occur in the U.S. each year, typically lasting a week to 10 days.

Up to 20% of Americans contract the flu each year, a more severe viral infection that can lead to serious complications like pneumonia.

Annual flu vaccines can protect only against two or three strains of flu virus each season, and they do not protect against colds. 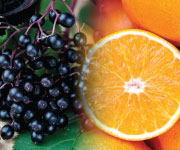 Three nutrients have been shown to improve outcomes from cold and flu infections:

Each has been shown, in clinical trials, to reduce the severity and/or duration of these common infections.

Zinc is a mineral required for the proper function of hundreds of enzymes in the body.

It can reduce the spread of viruses that cause colds in a number of different ways. In order to cause disease, viruses must recognize, bind to, and then enter a host cell.

Zinc appears to coat the receptors that viruses use to bind to cells, preventing them from entering cells. If they can’t enter the cells, viruses can’t replicate out of control. A number of trials have evaluated whether these antiviral effects are clinically effective.

An analysis of human studies showed that, when started after the first sign of cold symptoms, taking 80 mg to 92 mg of dissolve-in-the-mouth zinc in divided doses every few hours reduces the duration of symptoms by 25% to 44%.

In most cases, the severity of symptoms was also reduced, by up to 40% to 50% 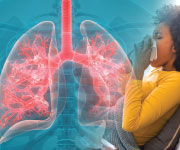 Elderberries are small, dark purple berries. They’re packed with anthocyanins, pigments responsible for their color, which have antioxidant, anti-inflammatory, and antiviral properties.

Elderberries have long been used in traditional medicine to treat fevers, infection, and a variety of other ailments. Research has found that they help ward off viral respiratory tract infections such as colds and flu.

Scientists determined that elderberry and its extracts have direct antiviral effects in cell cultures.

In one study, healthy cells were incubated with the H1N1 virus, the virulent form of flu that caused the 1918 Spanish flu pandemic and another outbreak in 2009. Elderberry reduced the number of cells that became infected with the virus.

This happened in a dose-dependent manner, meaning that at low doses the elderberry slightly reduced the number of infected cells (by about 20%). At higher doses it prevented nearly 100% of the cells from becoming infected.

These experimental findings have carried over to human studies. A recent analysis of randomized clinical trials found that elderberry extract intake significantly reduced the duration of illness in people sick with flu or cold infections.

In one of these studies, people suffering from upper respiratory symptoms who used elderberry extract had their symptoms resolve four days earlier than those taking a placebo. 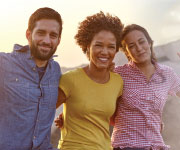 Vitamin C has long been considered an important nutrient to boost immunity and defend against infection by viruses and other pathogens.

By helping to neutralize excess free radicals, vitamin C helps limit the oxidative damage that occurs and reduces the severity of illness. Vitamin C defends against infection in several ways. For one, it helps to enhance the function of immune cells that fight infection.

Vitamin C also helps increase levels of interferons, which are warning signals produced by the body that trigger the protective immune mechanisms against viral infections.

Human studies indicate that vitamin C may be effective in treating viral respiratory tract infections. One large analysis that looked at close to 10,000 cases of the common cold found that vitamin C reduced the duration of colds by 9.4% overall.

When researchers evaluated adults and children separately, they found that the duration of colds was shortened by 8% in adults and 18% in children.

Numerous studies using varying dosage regimens have assessed the effects of vitamin C in the context of common colds. Some studies show reductions in common cold incidence or duration of illness, while others have concluded that vitamin C supplementation has no or minimal effect. Some evidence suggests greater potential for benefit with higher vitamin C doses and if supplementation is started rapidly after symptom onset.

The common cold and the flu are two of the most frequent viral illnesses.

Research has found that zinc, elderberry, and vitamin C help support the immune system and can reduce the severity and duration of illness. Each has been found to have immune-response-bolstering properties when taken at the first sign of symptoms of cold or flu.