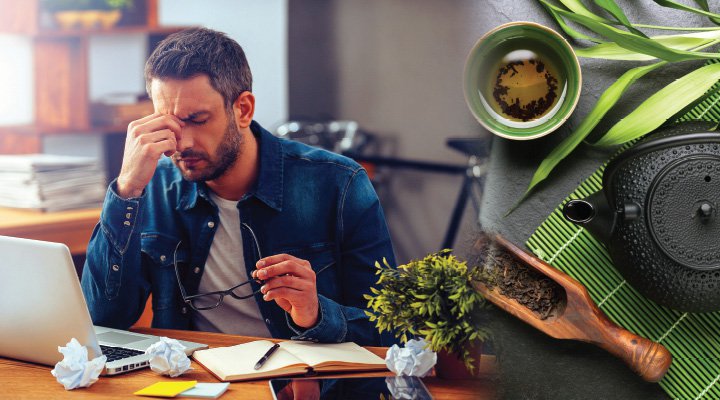 Natural compounds have been identified that reduce excess cortisol. This is important because elevated cortisol increases risk of early mortality.

One way stress inflicts its deadly damage is by raising cortisol levels.1

The result is accelerated aging that wreaks havoc throughout the body.

Increased cortisol levels not only age our internal organs, but make us appear older than our actual years.2

Too often, physicians prescribe a range of addicting pharmaceuticals in an effort to reduce a patient’s stress and anxiety. This provides a temporary fix, but tolerance to the drugs negates their effectiveness over time.

Fortunately, researchers have identified several natural compounds that have been shown in humans to produce a noticeable reduction in cortisol levels.

These natural compounds can help reduce the toxic response to stress and anxiety that underlies so many of today’s chronic health problems. 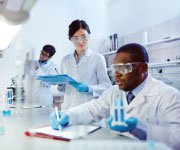 Cortisol is a glucocorticoid hormone that is essential for life.

However, in the presence of chronic stress, cortisol surges to unhealthy high levels, producing a major problem that threatens health and longevity.

Most disturbingly, recent studies have shown that chronically elevated cortisol levels are strongly associated with increased risks of dying. For example, one study showed that men with high cortisol levels were 63%, and women 82%, more likely to die than those with lower levels.7

High cortisol levels create havoc through the body’s systems and are associated with a long list of age-accelerating diseases including obesity, hypertension, type II diabetes, and cardiovascular risk, as well as increased risk of infection, osteoporosis, depression, and even neurodegenerative diseases like Alzheimer’s.2,3,7-12

Another study found that higher cortisol levels are associated with higher perceived age, that is, age as assessed from a facial photograph. People with higher levels of cortisol look older because they are experiencing accelerated aging that is beginning to show up in their facial features.2 Perceived age is well known to be associated with illness and the risk of death.2

There is even submicroscopic evidence that cortisol accelerates aging. Chronically high cortisol levels are associated with shortening of telomeres, the “fuse-like” stretches of DNA that cap the ends of our chromosomes.13,14 As telomeres shorten, the cells that bear them get closer and closer to the ends of their useful lives, eventually aging the tissues and organs in which they dwell.

Stress—emotional, psychological, physical, or biochemical—is detrimental in part because it raises levels of cortisol. Reducing stress is always a good idea, but much of the stress in our daily lives is unavoidable, and sometimes efforts to avoid it bring on more stress. That’s why it is so important to reduce the cortisol elevations induced by stress, even when we cannot eliminate the stress itself.

And that is what has scientists so excited about natural compounds capable of lowering cortisol levels. Let’s look at those now. 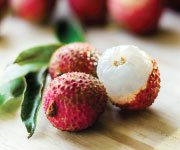 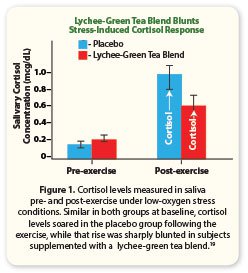 The lychee fruit has been grown in China since at least the 11th century.15It is rich in polyphenols that promote a variety of biological activities, most notably the ability to fight oxidative stress, inflammation and lower cortisollevels.16

Most lychee polyphenol products available in stores contain long-chain polyphenols which are not easily absorbed in the intestinal tract.

Using a proprietary process, scientists are now able to reduce the polyphenol size through steps that include the addition of green tea catechins.17 This allows the new molecule to be stable and highly bioavailable. When researchers tested the bioavailability of the lychee-green tea blend in humans, they found that the polyphenol content in blood was 3 times higher in comparison to ordinary lychee extract alone.18

Human studies show that the lychee-green tea blend can reduce circulating cortisol levels, and can also oppose other physiological effects of stress.

In one study, scientists enrolled 19 sedentary, but otherwise healthy, male volunteers.16 Subjects were randomly assigned to receive either a placebo or 100 mg of the new lychee-green tea blend in water each day for 4 weeks. Subjects underwent blood tests for cortisol, markers of inflammation, and other basic evaluations, before and after the supplementation period.

At the end of treatment, lychee-green tea blend recipients, but not placebo users, had significant decreases in cortisol level, as well as the inflammatory cytokines IL-1beta and IL-6.

Because it is known that exercise raises both cortisol and inflammatory factors, subjects were also tested after exercise. The rate of increase in these compounds was significantly reduced in lychee-green tea blend-supplemented subjects, demonstrating that the lychee-green tea blend can suppress stress-induced, as well as baseline, cortisol levels.

That finding was supported by another study in which ten healthy male students were supplemented with 100 mg of the lychee-green tea blend, twice daily, for ten days prior to performing physical activity conducted under low oxygen conditions to bring out stress.19 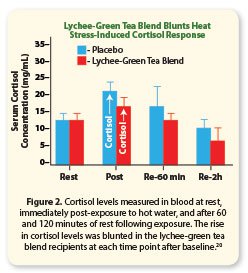 While both groups had similar cortisol levels prior to supplementation, the placebo group’s cortisol rose more after the stressful exercise, while the rise in the lychee and green tea blend-supplemented group was significantly less pronounced.

A third study demonstrated similar results using a different cortisol-raising stress: hot water. In this study, healthy young men received either a placebo or lychee-green tea blend, 100 mg, half an hour before immersing their lower legs in hot water for half an hour.20 Again, measurements of cortisol and inflammatory cytokines were made before and after the stress-inducer.

The lychee-green tea blend recipients, compared to placebo subjects, had significantly lower cortisol concentrations, as well as levels of IL-1beta and IL-6, when measured after the heat stress. These effects persisted for up to two hours after the heat stress had ended.

As we age, the age-related decline in immune function not only compromises our ability to fight infectionsand malignancies but increases the risk of death.

In youth we are primed with an abundance of naïve T cells ready to destroy bacteria, viruses, and cancers. Once this cell performs its job, it then becomes a memory T cell that responds only to the same bacteria, virus, etc. This shift in immune cell populations is characterized by the abundance of memory T cells that emit pro-inflammatory signals that wreak havoc in every organ system.21

One of the deadliest of these inflammatory “signals” is a cytokine called interleukin-6 (IL-6).22

A human study evaluated the impact of lychee-green tea blend on cortisol and inflammatory markers such as IL-6. At the end of the study, researchers found that supplemented individuals had significant reductions in cortisol and IL-6 levels.16

Higher IL-6 levels are associated with a 2-fold increased risk of death.23 Higher levels are also involved with several degenerative processes, including frailty, that so many elderly suffer.24-27 It is important to note that a well-known trait of healthy centenarians is that they have unusually low levels of IL-6.28 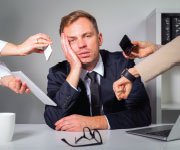 Extracts of Magnolia officinalis bark have been previously studied for their anti-anxiety effects, but without the troubling side effects characteristic of anti-anxiety medications.33 An extract from the bark of the Asian tree Phellodendron amurense, has been tested in an animal model of stress, and demonstrated significant reductions in stress manifestations without sedation.33

Human studies of the combination of extracts have demonstrated both their stress-relieving properties and their ability to mitigate stress-induced cortisol elevations. In one such study, researchers enrolled 56 moderately stressed but otherwise healthy men and women.34 Subjects supplemented with 250 mg of the mixed bark extracts twice daily, or received a placebo, for a 4-week period.

Two other studies have evaluated the combined bark extract supplement at a dose of 250 mg, three times daily. In one, conducted in otherwise healthy overweight, premenopausal women, the supplement significantly decreased anxiety as measured by a variety of scales and scores.33 In the other, the placebo group had significant weight gain over 6 weeks, which was prevented in the supplemented subjects.35

In both studies, the supplemented subjects also had reductions in cortisol levels compared with placebo, but the differences did not reach statistical significance, probably because of the relatively small sample size of these studies.

DANGERS OF ELEVATED CORTISOL NOT NEW

The August 1984 issue of this publication (called Anti-Aging News) featured an in-depth report about the age-accelerating effects of elevated cortisol.

The article offered little in the way of available approaches to suppress cortisol other than vitamin C, aspirin, and drugs not approved in the United States.

This represents a significant advance in neutralizing a deadly factor involved in degenerative aging.

The front cover of the 1984 issue of Anti-Aging News describing dangers of cortisol appears after the scientific references to this article. 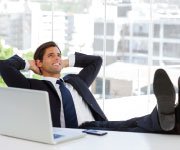 Elevated cortisol brings with it components of the deadly metabolic syndrome, as well as additional threats such as immune suppression, osteoporosis, and neurodegeneration.

Now, it is possible to mitigate the impact of cortisol, even if we cannot eliminate the stress from our lives.

Lychee-green tea blend and bark extracts from Magnolia and Phellodendron trees have all been shown to lower cortisol levels in humans.

Lowering chronically-elevated cortisol levels can help mitigate this underlying cause of common disorders associated with aging.