Skip to content
Winter Super Sale 10% Off EVERYTHING!
Products may ship with a black closure. LEARN MORE >> 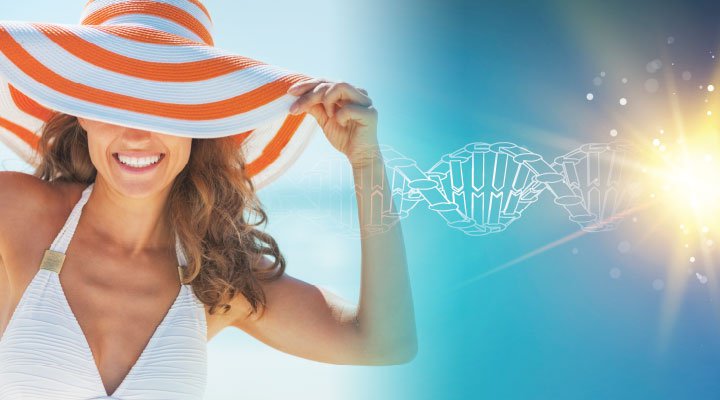 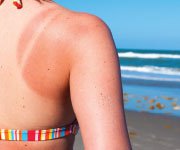 This article describes how to markedly reduce solar-induced (UV) skin damage. It pertains to anyone who encounters daily sun exposure. The first section reveals how UV light damages cellular structures and why such injury accelerates skin aging. Some readers may find the beginning of this article technically challenging. This information, however, provides a basis to shield one’s skin from within against solar radiation. 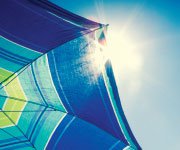 Polypodium leucotomos is a tropical fern of the Polypodiaceae family, native to Central and South America. It was traditionally used there to treat psoriasis and other skin conditions.7,27 This extract is rich in polyphenols that protect skin cells against UV, while inhibiting oxidative stress and inflammation.7 Scientists found that Polypodium leucotomos, orally administered to hairless mice before UV radiation, inhibited DNA damage, activated p53, increased removal of cyclobutane pyrimidine dimers, and reduced the number of 8-hydroxy-2’-deoxyguanosine-positive (8-OH-dG+) cells, which are markers of early DNA damage. Not only were 8-OH-dG+ cells reduced 79% compared to controls after 24 hours—but 10 days of oral Polypodium leucotomos produced a 36% reduction compared to controls in these cells prior to UV exposure!6 In this study, the Polypodium leucotomos-induced activation of a form of p53—phospho-p53 (Ser15)—correlated with decreased cyclooxygenase-2, an enzyme that promotes skin inflammation.6 These findings suggest that Polypodium leucotomos helps prevent DNA damage before and during UV exposure.6 In a clinical trial, healthy volunteers aged 29 to 54 took two 240-mg doses of Polypodium leucotomos extract orally, before UVA exposure. Skin biopsies revealed decreased levels of a marker of DNA damage.7 This suggests DNA-protective, and therefore, anticancer activity. In this study, a lower dose of UV light produced a 217% increase in common DNA deletions among placebo volunteers, while common deletions in the Polypodium-supplemented subjects showed an 84% decrease. At a greater UV exposure, common deletions increased by 760% in placebo participants, while increasing only 61% in the Polypodium-supplemented group.7 These data indicate that Polypodium leucotomos protects skin DNA by inhibiting the many mechanisms of UV light-induced skin-cell damage. UV radiation inhibits adenosine triphosphate (ATP) production, which also falls with age.8,23 But UV light also diminishes ATP levels and interferes with the body’s ability to remove damaged DNA portions to restore the normal DNA sequence.21,22 As you’ll learn, one fundamental property of nicotinamide is that it boosts ATP.28 For this and other reasons, nicotinamide and red orange extract have been incorporated into a proprietary Polypodium leucotomos formulation to supplement its potent DNA protection with additional defenses against ATP depletion and damaging UV radiation effects like inflammation and oxidative stress. 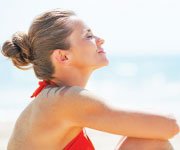 This article explains how oral Polypodium leucotomos prevents critical damage by UV radiation to skin-cell DNA—inhibiting skin cancer. However, this photoprotectant also provides other forms of UV protection.Scientists reviewed various mechanisms that Polypodium leucotomos delivers. Aside from blocking DNA damage, they found oral, topical, and in vitro evidence that it:20 The author concluded, “New understanding of repair mechanisms and awareness that some substances enhance DNA repair will pave the way for rational and efficacious dermatologic therapies.”20

Nicotinamide—a form of vitamin B3—is a precursor to nicotinamide adenine dinucleotide (NAD+), an essential coenzyme in ATP production.28 The inclusion of this B vitamin in a novel Polypodium leucotomos formulation helps the body produce more ATP and ensures continuous, efficient DNA-repair mechanisms. Research has confirmed nicotinamide’s DNA repair support. Scientists pretreated skin cells with nicotinamide and exposed them to low-dose simulated solar UV radiation. The nicotinamide significantly increased the number of cells undergoing DNA repair—by removing and replacing damaged DNA and increasing the repair rate in each cell.28 This team, in a second portion of this experiment, measured the production of molecular products of DNA damage (cyclobutane pyrimidine dimers and 8-OH-dG) within cells to evaluate DNA damage and repair. Results showed that nicotinamide reduced the concentration of those damage-marker molecules in cell cultures and human skin.28 Another study used cell culture melanocytes—pigmented skin cells—that can mutate into melanoma. As before, nicotinamide treatment led to a reduction in DNA-damage markers and exhibited evidence of enhanced DNA repair.29 In addition to DNA protection, nicotinamide has the capacity to protect against UV-induced immunosuppression.28 This effect was demonstrated in a clinical study in which healthy volunteers took either a placebo or nicotinamide at oral doses of 500 mg or 1,500 mg daily for one week. On the third day post-supplementation, participants underwent low-dose irradiation of areas of their back for three days at three fixed UV doses.30 Control subjects showed substantial UV light-induced immunosuppression in the skin within the irradiated area. By contrast, individuals taking either of two nicotinamide doses showed remarkable reductions in immunosuppression of 50% to 66%, depending on radiation dose, with no effects observed in nonirradiated skin. All subjects tolerated the supplement well, and the low dose of 500 mg of nicotinamide delivered immune protection that was similar to the result provided by the higher 1,500 mg dose.30 In a clinical study, 386 healthy patients who were diagnosed with at least two non-melanoma skin cancers in the previous five years took twice-daily 500 mg doses of nicotinamide or placebo. After 12 months, compared to controls, the rate of new non-melanoma skin cancers in the supplemented high-risk group was reduced overall by a striking 23%.31 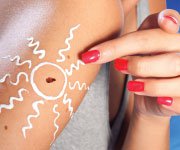 The risk of dying from the most deadly of skin cancers—melanoma—is directly related to its depth.38 This, in turn, is directly related to how long the melanoma has been growing without being noticed.Despite this, in 2009, the United States Preventive Services Task Force (USPSTF) found “no new evidence on the effectiveness of either skin examination by a physician or skin self-examination (SSE) in reducing…skin cancer.”39Then, in 2016, the task force concluded that, “current evidence is insufficient to assess…visual skin examination by a clinician to screen for skin cancer.”40 Potential harms cited included the risk of “cosmetic effects” from unnecessary biopsies.40 The task force believes it’s better to risk skin cancers than to risk skin scarring. Life Extension® has long disagreed with the USPSTF’s position. We’re in good company. The American Academy of Dermatology promotes professional skin examinations in its Skin Cancer Screening Program.41 Numerous scientists agree.42-48 Research shows that up to 57% of newly diagnosed melanoma patients could detect their own melanomas by skin self-examination.43 Whole-body, professional skin examinations lower risk of being diagnosed with thick (deadlier) melanoma.44 Physicians can more easily detect melanomas at a thinner stage compared with self-examinations.45-48 Oral Polypodium leucotomos—buttressed by topical sunscreen—represents the first line of defense against DNA damage and skin cancer. The last line of defense, despite the USPSTF’s position, is regular skin examinations by both the individual and a qualified skin specialist.

Red Orange Extract Rounds out the Spectrum of UV Defenses 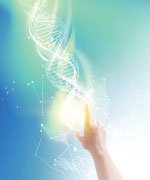 Red orange extract is a powder obtained by a patented process from three pigmented varieties of Citrus sinensis. Its addition to a Polypodium leucotomos supplement buttresses DNA defenses with protection against UV-induced inflammation and oxidative stress. These UV-protection benefits are believed to be due to the abundant anthocyanins, flavanones, and hydroxycinnamic acids found in red orange extract.32-35 This extract’s anticancer effects had been suggested by a study finding that supplementation with red orange extract resulted in 35% reduction in sunburn intensity.36 There is a known, close correlation between the number of lifetime sunburns and development of skin cancers.37 To test red orange extract for its ability to reduce skin damage from UV radiation, researchers exposed human skin cells called keratinocytes to UV light. Prior application of red orange extract to the keratinocyte cells significantly reduced UV-induced cell damage, inflammation, and cell death.33 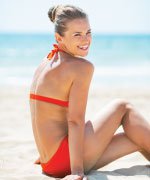 Acting through several mechanisms, UV radiation causes over 90% of non-melanoma skin cancers by inducing damage to DNA—and more critically, by inhibiting the body’s natural DNA-repair capacity. Clinical research demonstrates that, taken orally prior to sun exposure, Polypodium leucotomos prevents DNA damage and promotes DNA repair. Two other nutrients have been shown to enhance this DNA protection and deliver other UV defenses. All three ingredients can now be found in a single proprietary formulation. If you spend even brief periods outside daily, this oral formulation can help protect against DNA damage—and skin cancer—from the inside. For prolonged exposure to UV radiation however, this potent defense should be supplemented with a high-quality topical sunscreen for more complete protection. If you have any questions on the scientific content of this article, please call a Life Extension® Wellness Specialist at 1-866-864-3027.