Geroprotectors Next Frontier in Fight Against Ageing 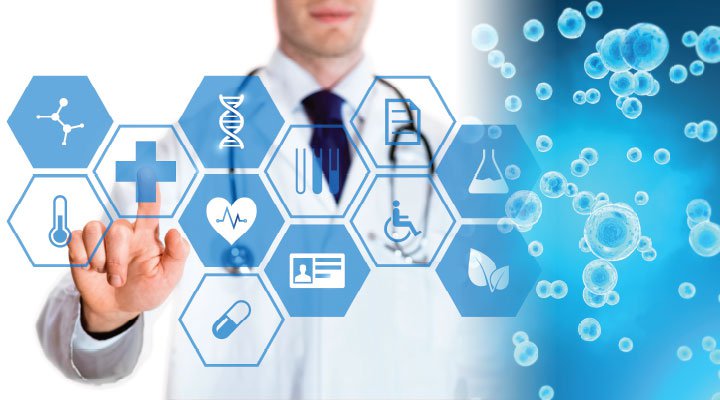 As longevity scientists look to target and stop aging, many researchers are focusing on geroprotectors, compounds capable of preventing or even reversing aging at the cellular level.

Senescent cells are particularly troublesome when they enter the stage in which they can no longer properly divide and function. As cells become dysfunctional, organ health markedly deteriorates.

Another problem caused by cell senescence is release of proinflammatory cytokines that systemically damage tissues.

Compounds capable of identifying and eliminating senescent cells are categorised as senolytics.

Clinical research on geroprotectors and senolytics is complicated by the fact that many decades of timemay be required to determine human longevity benefits.

A novel way to accelerate the research is via the strategic use of high-speed computer programs employing artificial intelligence biomedical algorithms. This technology has advanced to where it can identify natural compounds that activate anti-aging pathways throughout the body.

Seeing the enormous potential of this kind of deep-learning artificial intelligence, Life Extension® has partnered with Insilico Medicine to identify nutrient cocktails that function as geroprotectors. The objective is to develop better ways to potentially slow or even stop certain aspects of aging processes.

This scientific collaboration has resulted in the identification of a geroprotector formulation consisting of four nutrients with various complementary and reinforcing properties. These include effects on cell signaling pathways with the potential to prevent the degenerative progression of damaged cells to a senescent state—and eliminate those that have reached irreversible senescence.

With the discovery of geroprotective compounds, there are now greater opportunities to more effectively intervene into cellular aging processes. 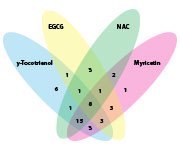 Overlap and Unique Pathway
Activation – Figure 1.
The numerals within the diagram
indicate the number of pathways
activated by the four short-
listed nutrients.

Life Extension and Insilico Medicine researchers ran computer simulations of more than 200 potential geroprotective compounds and narrowed the list down to four. While most of these candidates were known natural nutrients, their full potential as geroprotectors remained elusive.

Scientists found that all four of these nutrients work together, but in very different ways, to beneficially influence key anti-aging pathways. Together, they combat numerous aging factors throughout the body.

These compounds all modulate specific biological pathways responsible for keeping us young and healthy.

When combined, these ingredients promote anti-aging mechanisms at the cellular level throughout the body, acting by multiple pathways, some unique, and some overlapping. 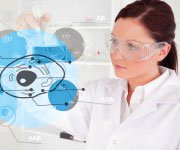 The concept of geroprotection, meaning prevention of cells from entering an aged, senescent, inflammation-promoting state, originated in Soviet-era Russia in the late 1970s.

Modern science has uncovered a variety of natural substances capable of extending healthy lifespan, and these agents have been called geroprotectors.

Scientists then discovered that several of these nutrients function as senolyticagents.

The term senolytic means the removal of useless senescent cells from tissues. Cellular senescence is characterised by the aged cell’s inability to divide, yet the senescent cell continues to generate a variety of proinflammatory compounds as well as other harmful cellular mediators that can potentiate damage to healthy tissues.

Cancer researchers were first intrigued by the idea of developing senolytic drugs that could selectively kill malignant cancer cells without damaging normal cells in the body.

Based on this research, scientists have realised that senolytics can enhance healthspan by eliminating aging cells from our tissues, making room for newer, active cells that support youthful tissue, organ, and systems functioning. The result is a younger, healthier and better-functioning body.

Why should we care about getting rid of these senescent cells?

Using sophisticated genetic engineering, scientists in 2011 showed they could identify and eliminate senescent cells in mice that naturally age rapidly. After lifelong administration of this therapy, senescent cells were swept clean from fat, muscle, and eye tissues, resulting in delayed onset of age-related disorders in those areas. Furthermore, treating mice late in life slowed the progression of such disorders that had already appeared.

Following up on this initial research, the same group in 2016 showed that clearing senescent cells using this approach delayed cancer development and slowed age-related deterioration of kidney, heart, and fat tissues, and extended median lifespan in mice.

Similar findings resulted from a 2015 study using existing drugs and nutrients, in this case the combination ofdasatinib (a cancer drug) plus the polyphenol nutrient quercetin. Lab studies showed that this combination reduced the numbers of senescent cells in normally aged mice and in age-accelerated mice, as well as in those exposed to radiation.

This study showed that in the living animals, healthspans were also improved, as determined by scores of age and wellbeing and by individual symptom scores for common symptoms of aging. (Figure 2 on next page.)

The Remarkable Potential of Geroprotectors

What Are Signaling Pathways?

Researchers from Insilico Medicine identified nutrients based on their abilities to modulate certain biochemical signaling pathways that control development of cellular senescence. To grasp the breakthrough nature of this approach, it’s vital to understand what biologists mean by “signalling pathways.”

Cells need to send and receive information about their environment, nutrient status, stress level, and many other important factors. Without this constant communication, cells could not perform their various life-sustaining duties.

Cells communicate by producing and sending vast amounts of signalling molecules, and receiving other molecules at specific receptors on their membranes and in their nuclei. This network of molecular events is called a signalling pathway. When beneficial pathways fail, or destructive ones prevail, cells are pushed toward the senescent state, and degenerative aging processes begin to unfold.

By studying signalling pathways that influence development of cellular senescence, scientists can target specific pathways to slow progression of senescence and decrease the number of senescent cells. With the help of artificial intelligence and technology, we can determine which pathways are modulated by a single nutrient—and how nutrients can modulate multiple pathways.

Attacking cellular senescence by modulating multiple independent and overlapping pathways is a broad-spectrum approach to geroprotection and the removal of senescent cells. 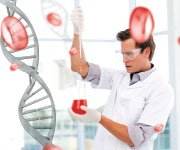 The basic idea behind geroprotector screening is to compare large numbers of molecular profiles of human tissues of patients of all ages as well as tissues that contain various diseases to identify the changes implicated in degenerative aging.

Unlike studies done in the glass dishes of a laboratory (in vitro studies), or those done in living animals (in vivo studies), research done inside a computer exists purely in virtual form, in the silicon chips of the processor, and is referred to as an “in silico” study.

Searching for natural compounds that could work on many different levels to halt the aging process, researchers resorted to this innovative “in silico” type of study and identified four age-reversing substances.

How the Selected Nutrients Perform as Geroprotectors

Each of the nutrients identified using in silico type of research showed an impressive record at geroprotection.

NAC is proving useful for its ability to up regulate signalling pathways that boost natural, cellular protections against oxidative stress that promotes cellular senescence.

A unique pathway modulated by gamma tocotrienol is the mevalonate pathway that controls cholesterol production, cancer promotion, and bone formation.

EGCG also prevents sugar-induced damage to tissues throughout the body, helping to suppress their pro-aging effects.

Scientists found that these compounds reduced cellular aging and various processes that contributed to aging by beneficially modulating a group of signaling pathways that led to the formation of senescent cells.

Most of these pathways are known to contribute to, or protect against, development of senescent cells, and all have been shown to protect against aging at the cellular level.

These nutrients have also shown the potential to be senolytic agents, meaning that they not only prevent cellular senescence, but may contribute directly to removal of age-accelerating senescent cells from tissues. 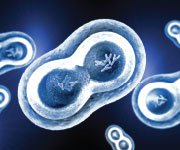 The discovery and characterization of geroprotective nutrients is changing the ways we think about aging. The new paradigm is to look at signaling pathways that effect aging at cellular, and indeed, subcellular levels.

By utilizing this technology, whether aging is occurring in the brain, the heart, the intestinal tract, the muscle, or anywhere else in the body is irrelevant. Instead, we can see how myriad biochemical signaling pathways are operating in every cell in the body, ultimately contributing to accumulation of senescent cells that produce symptoms of aging and degenerative illnesses.

These advances mean that we can begin to identify specific nutrients, the pathways that they modulate, and their long-term effects in cells. This data is then used to develop anti-aging mixtures capable of defeating cellular senescence wherever it occurs.

NAC, myricetin, gamma tocotrienol, and EGCG are demonstrating the ability, between them, to modulate more than a score of signaling pathways that prevent cells from deteriorating into age-promoting, senescent cells, while also preventing those cells from taking the alternate route of becoming malignant.

As a result, these nutrients have been combined into the first-ever geroprotective formulation based on artificial intelligence with far-reaching effects on age-related disorders to which senescent cells contribute. This improves our ability to develop strategies aimed at preventing cellular aging throughout the body.

The real world upshot is an opportunity to lengthen healthy human lifespans. 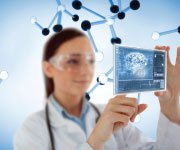 Senescent cells lose the ability to contribute meaningfully to body function. Instead of dying they go into an abnormal secretory state, pumping out destructive pro-inflammatory molecules that contribute to destructive aging throughout the body.

In partnership with researchers at Insilico Medicine, Life Extension scientists reviewed the biochemical pathways that push aging cells into senescence, and then screened hundreds of drugs and nutrients capable of favorably modifying those pathways.

The result was a short-list of four specific nutrients, myricetin, NAC, gamma tocotrienol, and EGCG, all of which modify senescence-inducing pathways, slowing down the development of senescent cells and exhibiting characteristics of senolytics.

Each nutrient not only has its own unique set of pathways that it regulates, but also overlaps with similar pathways modulated by the others, providing comprehensive protection against aging at the cellular level.

That ability, now known as geroprotection, makes it possible to better prevent or decelerate aging throughout the body, rather than on an organ-by-organ, or disease-by-disease basis.

This work is only the beginning.

Future studies will no doubt identify other cocktails with geroprotective properties and will fine-tune our understanding of how manipulation of senescence-inducing pathways can operate.

In time, new studies will produce further evidence of the intriguing notion of senolytic compounds, those capable of sweeping the body clean of existing senescent cells – a possibility that could facilitate meaningful age reversal.