Researchers from Sweden conducted a double-blind

Swedish researchers found that combining CoQ10 with selenium lowered cardiovascular mortality risk by 49% and dramatically reduced hospital stays. CoQ10 and selenium are popular supplements, and this new study reveals the importance of obtaining both these nutrients to protect against today’s number one killer. 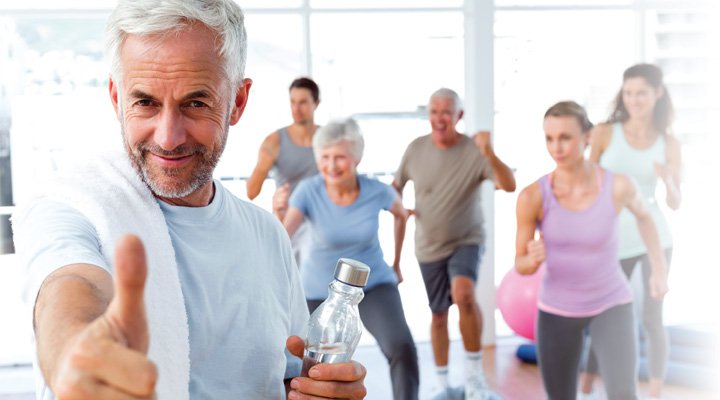 An important study out of Sweden has surprised researchers who found that combiningCoQ10 with selenium can dramatically reduce cardiovascular mortality. This nutrient combination has also been found to improve heart function, improve quality of life, reduce the number of days a patient stays in the hospital, lower cardiovascular mortality risk by 49%, and even provide protection years after the subjects stopped taking the supplements.

Cardiovascular disease is the leading cause of death both globally and in the US. It kills more than 17 million people worldwide every year more than all forms of cancer combined. The exciting news is that supplementing with CoQ10 and selenium could be an important lifesaving combination for protecting against cardiovascular mortality. 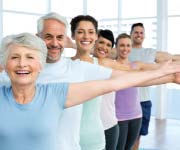 CoQ10 and selenium are both involved in the management of cellular energy. Each compound works to influence energy production and utilization of this energy by organs throughout the body. Studies now show that CoQ10 and selenium have effects that help protect against tissue-damaging oxidative stress.

Researchers from Sweden conducted a double-blind, placebo-controlled study that included 443 healthy adults between 70 and 88 years old. The participants received either a placebo or a combination of 200 mg a day of CoQ10 and 200 mcg a day of selenium tablets. During an extensive follow up time of 5.2 years, 12.6% of the placebo recipients had died of cardiovascular disease, compared to only 5.9% in the supplement group, which is an impressive and significant difference.

Those taking the combination of CoQ10 and selenium also had significantly better scores on cardiac function compared to those taking the placebo, as determined by an echocardiogram. In addition, levels of a biomarker for heart failure called NT-proBNP (“N-terminal pro-brain natriuretic protein”) were significantly reduced, which is a favorable finding that indicates reduced cardiovascular disease risk.

This initial study established that supplementing with these two nutrients could cut the cardiovascular death rate by more than 50%, while improving heart function and significantly reducing the risk of further cardiovascular disease in the survivors. The same research team conducted a number of follow-up studies that demonstrated the unique cardiovascular benefits of combined CoQ10 and selenium.

Let’s take a look at these studies. 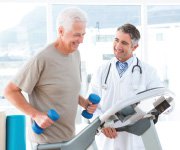 CoQ10 and selenium can beneficially impact both. For this follow-up analysis from the initial Swedish study, when subjects were matched by age, gender, and baseline heart function, the difference was clear. While quality of life scores declined in all subjects (as it does in so many people as they age), the decline was significantly less sharp in the supplemented CoQ10/selenium group than in the placebo group.

A further analysis from the initial Swedish study reveals perhaps the most surprising finding from this major study which was that CoQ10 and selenium were still effective at reducing cardiovascular deaths 10 years after the start of the study. This means that CoQ10 and selenium continued to extend their life-saving benefits years after the participants stopped taking the supplements!

At the ten-year mark, the risk of dying from any cardiovascular cause (heart attack, stroke, congestive heart failure, and others) was 49% lower in those who had originally received supplementation, compared with those who had not. This effect was evenly divided across the various forms of heart disease, including ischemic heart disease and in those with diabetes. Both men and women in the study experienced the same degree of protection. 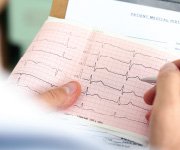 Why CoQ10 and Selenium Work Together 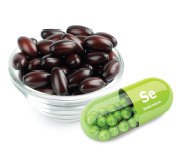 Unfortunately, oxidative stress is created by everyday processes such as breathing and eating. For example, when mitochondria convert molecules from the food we eat into energy the cells can use, it creates an enormous amount of oxidative stress, making them vulnerable to damage. With time, mitochondria lose their ability to efficiently manage energy transfer through the flow of electrons.

While we can’t avoid oxidative stress, we can take proactive steps to combat it. That’s where CoQ10 comes in. CoQ10 reduces the oxidative stress, minimizes the damage to fragile mitochondria, and helps generate new mitochondria. All of this adds up to a more “fuel-efficient” body that is better equipped to carry out its necessary functions. This is especially important for the heart, which requires a tremendous amount of energy in order to function properly.

The problem is that natural levels of CoQ10 begin to fall as early as age 20, and by the time we reach 80, CoQ10 levels can be reduced by as much as 50% compared with early in life. This is why CoQ10 supplementation is so strongly recommended for older adults.

Selenium may better our bodies’ ability to produce and accumulate CoQ10. Studies show that animals deficient in selenium make only about 67% of the amount of CoQ10 that animals with sufficient selenium generate, and they also have trouble accumulating the CoQ10 that they do make. It has now been shown that a vital selenocysteine-containing enzyme called thioredoxin reductase actively recycles exhausted CoQ10 (ubiquinone) molecules and turns them into active, oxidative stress-fighting ubiquinol molecules. In other words, selenium improves the efficacy of CoQ10.

But just as we need ample selenium to produce and accumulate CoQ10, we also need ample CoQ10 to make the selenocysteine-containing enzymes. Thus, there appears to be an important reciprocal relationship between CoQ10 and selenium. Utilizing this combination of nutrients is especially important for aging individuals, whose CoQ10 and selenium levels fall so rapidly. And as the initial and follow-up Swedish studies have so clearly shown, using both supplements together provides powerful protection against cardiovascular disease.

NOT ALL COQ10 IS THE SAME 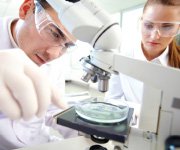 In a confusing feature of biochemical terminology, “CoQ10” may in fact refer to at least two quite different molecular forms. Ubiquinone is the more familiar term, and is the form in which many supplements are sold. But ubiquinone is the less-active form of the compound because it already exists in its “oxidized” state, which means it contributes little to preventing the oxidation of other molecules.

Ubiquinol, on the other hand, is in the chemically “reduced” state, and is therefore capable of being oxidized by other molecules, which in turn relieves them of oxidative stress. Selenium is capable of converting ubiquinone into ubiquinol, which is how it recycles the active CoQ10 molecule. Studies also show that ubiquinol is better absorbed from the human gastrointestinal tract, and is therefore more effective than the ubiquinone form at improving cellular energy function.

Many readers of this magazine have been getting at least the equivalent of 200 mg of ubiquinone CoQ10 in each 100 mg capsule of ubiquinol  they take. A properly formulated multi-nutrient supplement usually provides 200 mcg of selenium in each daily dose.

We have long known that supplementation with CoQ10 is an effective means of making our mitochondrial energy-releasing processes operate more efficiently and with less stress to cellular structures. And selenium plays an important role in powering enzyme systems that clean up the damage caused by oxidative stress.

A large European study has now demonstrated that CoQ10 and selenium supplements work together to enhance cellular function in ways that translate directly into improved human health. Compared to placebo recipients, aging adults who supplemented with the nutrient combination experienced lower rates of cardiovascular death, fewer days in hospitals, and improved quality of life and those benefits far outlasted the duration of the supplement period.

In fact, the studies presented make for a compelling argument that the dual CoQ10 plus selenium regimen may provide significant protection against the number one cause of death.

Long-time readers of Life Extension Magazine have mostly been obtaining these potencies of CoQ10 and selenium as part of their daily supplement program. It’s refreshing to see that the benefits of these nutrients may exceed original findings that evaluated them in isolation rather than in combination.