The majority of Americans do not obtain enough magnesium, which predisposes them to a host of serious illnesses. Human studies show that low magnesium levels accelerate pathological aging, while higher magnesium intake reduces overall mortality. 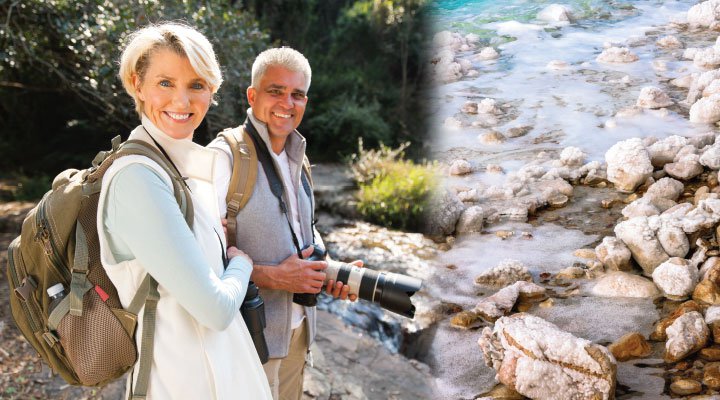 The medical community does not yet understand the life-sustaining properties of magnesium. In today’s world of high drug prices, it’s hard for physicians to conceive how an inexpensive mineral can provide such diverse health benefits.

Volumes of studies show that those with higher magnesium intake have sharply lower rates of hypertension and heart disease, fewer strokes, better blood sugar control, lower rates of kidney disease, less risk of cognitive decline, healthier bones and teeth, and even lower risk of migraine headache. As if this weren’t enough, magnesium has also been linked to longevity.

The majority of Americans do not obtain enough magnesium from dietary sources. The result is an epidemic deficiency of a nutrient vital to protecting against degenerative aging. 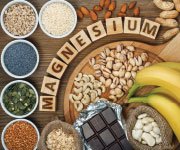 Magnesium is the fourth most abundant mineral in the human body. More than 300 enzymes require magnesium in order to function properly.

Magnesium is crucial for converting chemical energy from food into useful energy for our bodies, and it has unique functions in regulating blood sugar, blood vessel health, heart function, and brain electrical activity. About half of our total body stores of magnesium are found in bone, which contributes to its strength and integrity. In fact, virtually every system in the body requires magnesium for its function.

Despite this fact, most of us are not getting enough magnesium to support good health. When humans got their water the old-fashioned way, from natural springs and wells, it was easy to get enough of this naturally-occurring mineral. But today’s world of municipal water supplies and bottled, purified water has left us woefully deficient. Of people over age 70, 80% of men and 70% of women fail to get the estimated average requirement (350 mg/day for men and 265 mg/day for women) of magnesium from their diets. Compounding the problem, magnesium levels decline with age, and low magnesium levels are commonly seen in age-related disorders.

To make matters still worse, many common drugs are known to deplete the body of magnesium, further contributing to low levels. Of these, the proton-pump inhibitors (PPIs) drugs used by millions for heartburn relief are the most notorious and widespread. Americans’ low magnesium intake coupled with declining magnesium status with age represent major obstacles to optimal health and longevity.

In fact, the risk of death from any cause is significantly higher in people 65 and older who have lower levels of magnesium intake or low blood levels of magnesium. Basic lab studies show that low magnesium levels accelerate the aging process at the cellular level, increasing the number of senescent cells incapable of further replication or participation in healing.

The good news is that ample magnesium intake and blood levels have been associated with reduced mortality. In one study, higher magnesium blood levels appeared to predict better outcomes among hospitalized patients who were critically ill. While 55% of those who had low blood levels when they were admitted died, that figure was only 35% in those with normal levels. (Optimal levels may have conferred greater-life-protective effects.)

Magnesium has been long-neglected by mainstream physicians, much like higher-dose vitamin D. Like vitamin D, however, magnesium is suddenly coming into its own as a result of a multitude of recent studies showing its ability to promote cardiovascular health, lower stroke risk, regulate blood sugar levels, help prevent osteoporosis, and more.

The Benefits of Magnesium

One of magnesium’s most critical benefits is its ability to protect against the number one killer of Americans: cardiovascular disease. Studies show that people with the highest dietary intake of magnesium are 37% less likely to die from a sudden cardiac death. Even better, compared to those with the lowest intake, those with the highest intake were found to be 34% less likely to die from any cause at all.

Magnesium has numerous mechanisms of action that explain its ability to protect against cardiac deaths. The cardioprotective actions include magnesium’s role in maintaining heartbeats and preventing arrhythmias, and in protecting blood vessels against the accumulation of calcium. This can help lower the risk of atherosclerosis, which is a well-known predictor of heart disease, stroke, and death.

Magnesium oxide is highly concentrated, allowing a lot of magnesium to go into a relatively small pill. Because magnesium oxide is somewhat less bioavailable, it is ideal for an extended-release formulation, which gradually makes its way into the circulation. Magnesium citrate, on the other hand, is less concentrated but is highly bioavailable, which allows for quick release of the mineral in a form that is readily absorbed.

This kind of innovative combination provides extended magnesium benefits in a single supplement.

There are numerous factors that can lead to a stroke. For example, strokes can occur when blood pressure is too high, weakening cerebral arteries in a way that can induce bleeding in the brain (hemorrhagic stroke).

Maintaining consistent magnesium levels may help to prevent all of these processes. In one study, men with the highest magnesium intake had significantly lower blood pressure and total cholesterol, and were 41% less likely to have a stroke than those with the lowest magnesium intake.

And according to a 24-year-long study of nearly 43,000 men, subjects with the highest supplemental magnesium intake had a 26% lower stroke risk than those with the lowest intake. Studies in women have also shown the dangers of having low blood levels of this mineral. In one of these studies, women with the lowest blood levels of magnesium were found to be 34% more likely to have an ischemic stroke than those with higher levels.

And in another study, low blood magnesium levels were associated with an approximate 50% greater likelihood of developing atrial fibrillation (a type of irregular heartbeat that can cause a blood clot that can lead to a stroke) compared to those with higher levels. Magnesium is so critical for helping maintain a regular heartbeat that hospitals use intravenous magnesium to prevent atrial fibrillation following heart bypass surgery.

Aging and obesity induce insulin resistance, which elevates blood sugar levels. High, or even “borderline high,” blood sugar inflicts glycation damage to proteins throughout the body that prevents them from functioning properly. Controlling blood sugar even in nondiabetic people is a critical approach to preventing age-related diseases. Magnesium supplementation improves the body’s response to insulin, which takes sugar out of the bloodstream.

A comprehensive review of 21 smaller clinical trials showed that magnesium supplementation led to significant improvements in insulin resistance. For example, after just four months, those supplementing with magnesium had an average of 13 mg/dL lower blood sugar levels compared with placebo recipients. The longer the subjects took the magnesium, the greater the improvements in insulin resistance. The effects were greatest in those subjects whose magnesium levels were lowest at the beginning of the study.

Importantly, these improvements were seen in both diabetic and nondiabetic patients. This is critical because nondiabetics with borderline elevated blood sugar are at increased risk for developing diabetes. This study showed that magnesium is effective both for treating and for preventing diabetes.

The kidneys take a beating every day as they filter out waste products from blood. This leaves them particularly vulnerable to the effects of blood pressure and endothelial dysfunction, as well as the ravages of borderline or high glucose levels. Sustained over a lifetime, those factors raise the risk of serious kidney disease.

Kidney disease itself weakens the kidney’s ability to regulate magnesium. This contributes to ongoing losses of magnesium and makes magnesium supplementation that much more critical. Researchers studied more than 13,000 middle-aged adults for over 20 years to find out if there was a connection between magnesium levels and kidney disease. They discovered that low magnesium levels are a strong, independent risk factor for chronic kidney disease.

While calcium is a well-known bone-protecting nutrient, few people recognize the important role magnesium plays in maintaining healthy bones. In fact, about half of total body magnesium is stored in bones.

Because of that, low levels of magnesium directly lead to osteoporosis by depriving bone tissue of one of its most essential structural components. Low magnesium also indirectly weakens bones by stimulating inflammatory cytokines that contribute to osteoporosis by increasing the breakdown of bones.

The fact that 70%–80% of Americans don’t meet the daily average requirements of magnesium from their diet puts the large majority of the population at risk for this serious condition. Fortunately, assuring good magnesium intake helps protect against osteoporosis.

A large study of women demonstrated that those whose daily magnesium intake exceeded 423 mg had greater hip and whole-body bone mineral density compared with those getting less than 207 mg daily. This protection extends to teeth as well. Like bones, teeth also have high magnesium content and rely on its presence for their structure. Because of this connection, magnesium supplementation has been found to improve tooth attachment and help subjects retain more teeth. 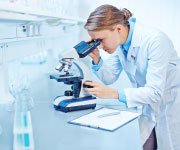 Low levels of magnesium are associated with increased risk for migraines. This connection could be related to a genetic inability to properly manage magnesium in the gut and kidneys.

While there is no cure for migraines, supplementing with magnesium has numerous benefits for those suffering from the condition. A study of 81 migraine sufferers found that supplementing with magnesium for 12 weeks reduced the frequency of migraines by 41.6%, decreased the number of days with a migraine, and slightly reduced the duration and intensity of the attacks.

Magnesium is an absolute requirement for energy production from fats and carbohydrates and for synthesis of new proteins in our body. Magnesium helps regulate the flow of other mineral ions in and out of cells in skeletal and heart muscle, in artery walls, and in brain and nerve cells. As a result, it is related to conditions as diverse as depression (involving brain cells), muscle cramps(involving skeletal muscle), heart arrhythmias (involving heart muscle cells), and hypertension (often involving cells in arterial walls).

Magnesium also fights against the chronic, low-grade inflammation associated with aging and unhealthy lifestyles. This effect has been traced to magnesium’s ability to reduce the activity of the “master inflammation regulator” called NF-kB, which results in downstream shutdown of cytokines and other pro-inflammation signaling molecules.

Inflammation is a major contributor to a wide range of chronic, age-related diseases. This explains in part why poor magnesium status is so closely associated with diabesity (diabetes and obesity) and metabolic syndrome, with cardiovascular disease, and neurodegenerative disorders such as Alzheimer’s. The role of magnesium deficiency in chronic inflammatory stress led researchers to conclude that it should be considered a significant nutrient for health and well-being. 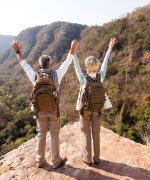 When Life Extension® raised awareness of the need for higher-dose vitamin D, it was thought of only as a nutrient added to milk for strong bones and teeth. Physicians are just now realizing that vitamin D plays a key role in everything from immunity and brain function to heart disease and diabetes.

Today, Life Extension continues to raise awareness of the essential nature of another nutrient that is vastly underappreciated, i.e., magnesium.

Since 1981, Life Extension has recommended higher magnesium intake, despite conventional medical authorities seeing little or no value to it. This is regrettable, since magnesium is perhaps the most deficient mineral in the American diet.

Magnesium has been described as an “orphan nutrient,” because so few people really understand its importance. Yet it is involved in hundreds of critical body processes. Few Americans get adequate magnesium to support all of those processes, leaving them vulnerable to a host of potentially serious diseases. Fortunately, magnesium is a low-cost supplement available without the need of a doctor’s prescription.

Magnesium is emerging as this generation’s vitamin D an overlooked nutrient that favorably alters human disease risk and improves quality of life.