An Overlooked Cause of Depression

Millions of Americans still suffer with this difficult-to-treat disease!

A little known cause of depression are high levels of homo-cysteine. A controlled clinical study found that 5-MTHF, a metabolically active form of folate, lowered homo-cysteine levels and significantly improved depression. 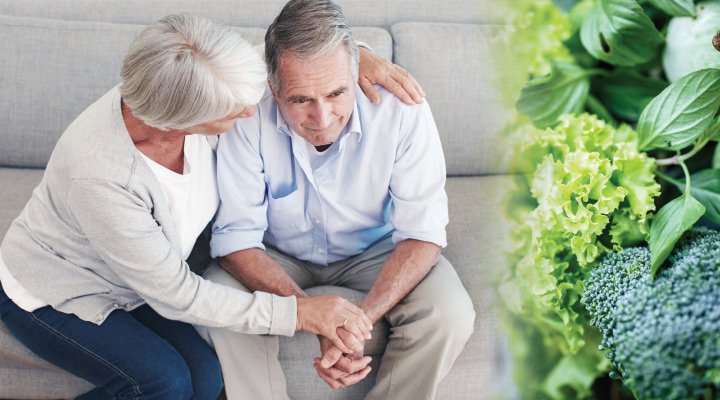 While great strides have been made in diagnosing and treating depression, millions of Americans still suffer with this difficult-to-treat disease. It is estimated that 15.7 million American adults experienced depression in the past year.

Antidepressant use is on the rise with one in 10 Americans using them. Unfortunately, antidepressants only work as little as 50% of the time and come with an array of side effects. One reason that so many people continue to bear this burden is that most physicians are unaware of the well-documented link between homocysteine and depression.

A simple blood test that measures homocysteine levels, along with a metabolically active form of folate, better known as 5-MTHF, may offer hope to millions of depression sufferers.

Homocysteine is an amino acid that, when elevated, can damage the inner linings of the body’s vessels leading to a range of cardiovascular conditions including stroke. There is also a correlation between high homocysteine levels and depression.

Researchers studied this association in a group of 924 middle-aged men. They found that individuals in the upper tertial for homocysteine levels had more than a two-fold increased risk for being depressed compared to those in the lowest tertile.

The researchers also found that nearly a third of the depressed participants from the study had red blood cell folate levels below normal, and half of these participants had homocysteine levels higher than levels of the two control groups. The connection between low folate levels and imbalances in neurotransmitters shouldn’t be surprising since folate is required for the production of neurotransmitters in the brain. 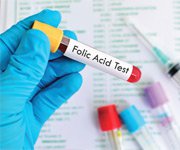 Homocysteine is a non-protein amino acid. It is produced in the body by the breakdown of methionine, a common amino acid present in a variety of foods such as cereals, legumes, seafood, meat, and dairy products. The conversion of methionine into homocysteine is a process that involves the addition of a methyl group, known as methylation, and requires key B vitamins for proper processing. The best way to control dangerous levels of homocysteine is through adequate intake of folate and vitamin B12. When either of these vitamins are deficient, homocysteine levels rise.26 Healthy levels of folate and vitamin B12 have been shown to keep homocysteine in check.

Once the connection between high homocysteine levels and the occurrence of depressive symptoms was discovered, researchers began to investigate whether the active form of folate, 5-MTHF, could have a beneficial impact on major depression. The results of these studies open a new door for the treatment of depression. What the scientists discovered was that taking 5-MTHF in addition to antidepressant drugs dramatically improved response rates and did so in a significantly shorter amount of time.

The results were even more impressive in those with the most severe depression. Improvements of 40% were experienced while taking 5-MTHF in addition to their antidepressant drug, versus just 16% of those only taking the drug by itself.

In addition to improving symptom severity, 5-MTHF brought about these improvements significantly faster than antidepressant drugs alone. Specifically, the 5-MTHF group saw improvements in just 177 days, compared to 231 days in the control group. For those with the most severe depression, the results were even more dramatic. The median time to improvement took only 85 days, compared to 150 days in the control group. A key finding was that nearly twice as many people in the antidepressant-only group stopped therapy due to adverse events (34%) versus the 5-MTHF group (17.9%), providing evidence of the nutrient’s superior safety profile.

These results are very encouraging, especially considering the fact that major depression is notoriously difficult to treat, with only about 30% of patients treated with a single antidepressant achieving resolution of their symptoms, a figure that rises to just 50% to 55% when a second drug is added. This correlation makes supplementing with the metabolically active form of folate, 5-MTHF, a good idea for anyone suffering from depression. 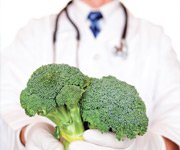 Homocysteine alone is not the sole cause of age- related cognitive decline or memory impairment related to Alzheimer’s disease, but there is a significant amount of evidence pointing to its role as a contributing factor. 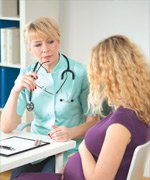 Get Tested and Safely Lower Homocysteine

Those striving for longevity and seeking to safeguard their health can readily and safely prevent and modulate elevated homocysteine levels. Certain factors such as a diet poor in folate or other important B vitamins may be partially to blame. Sometimes other more complex issues need to be addressed as well to optimally maintain homocysteine levels. It is also important to avoid leading a sedentary lifestyle and consuming excessive amounts of foods rich in the amino acid methionine, such as red meats and dairy products. Decreasing or eliminating consumption of alcohol and smoking is also important.

Homocysteine levels should be part of a yearly battery of blood tests to ensure a healthy, long life. Life Extension advises that the optimal range for homocysteine levels is <7-8 µmol/L, a much more aggressive cut-off than the currently accepted <15 µmol/L.

Individuals with elevated homocysteine levels should begin supplementation with 5-MTHF and retest levels after 3 months. 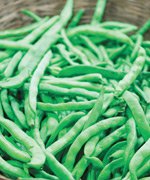 The superiority of 5-MTHF for increasing blood levels of folate translates directly into lower levels of homocysteine. In a study on healthy people, a low dose of folic acid (100 mcg per day) was compared to a low dose of 5-MTHF (113 mcg per day). After six months, the mean total homocysteine was reduced by 9.3% in the folic acid group, compared to a 14.6%mean reduction in the 5-MTHF group. Numerous human studies have confirmed just how much more effective 5-MTHF is than folic acid. One particular crossover study examined cardiovascular patients with the gene variant for the weakened MTHFR enzyme. The researchers found that the subjects’ peak serum folate levels were nearly 7 times higher when taking the active 5-MTHF as they were when taking folic acid.

Another crossover study compared folic acid and the active 5-MTHF in women with both the typical gene variant for MTHFR and the weaker gene variant. Regardless of the women’s genetic makeup, the total amount of folate in the blood, as well as the maximum concentration reached, were significantly higher when taking 5-MTHF.

The buildup of homocysteine poses a major threat to one’s health, raising the risk for cardiovascular and neurodegenerative diseases. New findings are confirming the connection between levels of homocysteine and psychiatric conditions like depression.

Those interested in guarding themselves from the devastating consequences of elevated homocysteine levels should begin proper supplementation with the bioactive form of folate, 5-MTHF, a convenient and low-cost nutrient that can provide the body with the best ammunition for controlling homocysteine. Daily doses of 1,000 mcg to 5,000 mcg (1-5 mg) of bioactive folate are typically used in research studies to achieve clinically beneficial reductions in plasma homocysteine concentrations.

For optimal homocysteine reduction, adequate amounts of other B-vitamins such as B2, B6, and B12 are also required. These powerful and inexpensive nutritional strategies are readily available to help individuals prevent the wide array of chronic disorders and complications that can be traced to excessive levels of homocysteine. 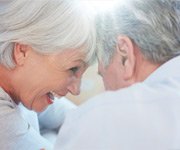 It is well documented in the literature that omega-3 fatty acids help fight depression. Last month’s issue of the Life Extension Magazine shared a study that confirmed the anti-depression effects of omega-3. This large “cross-sectional” study involving more than 2,000 men and women showed that those with higher blood levels of omega-3s had a 43% lower risk of depression  For the study, the researchers used a standard 20-question scale of depression symptoms that had been previously validated to show that scores of 16 and higher are present in people with relevant depressive symptoms.

And omega-3s supplementation in combination with commonly prescribed antidepressants is showing additional promising effects. In one study of patients with known major depressive disorder, the combination of omega-3 with antidepressant drug Celexa proved to be superior to the drug alone in relieving depressive symptoms.

Of no surprise to Life Extension are the findings of a recent paper published by The American Journal of Psychiatry reporting on the benefits of improving the effectiveness of antidepressants in those with clinical depression through the use of nutrients like SAMe, 5-MTHF (methylfolate), omega-3, and vitamin D.