Skip to content
Save up to 70% | OVERSTOCK SALE ON NOW! 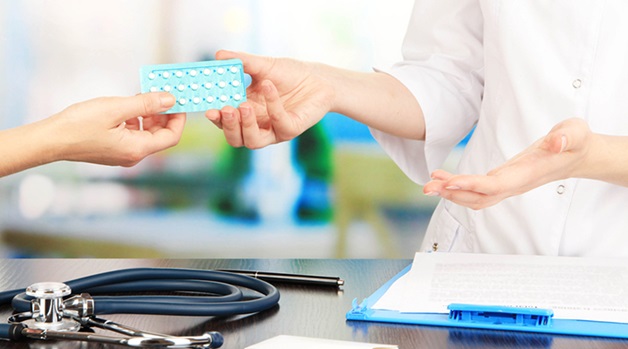 Until 2002, mainstream physicians routinely prescribed conventional hormone replacement therapy (HRT) in order to alleviate menopausal symptoms such as hot flashes, mood swings, decreased sexual desire, vaginal dryness, and difficulty sleeping, as well as to prevent heart disease and osteoporosis. In 2002, however, the results of a landmark study, the Women’s Health Initiative (WHI), identified dangers associated with conventional hormone replacement therapy in women. More than 160,000 women participated in this observational study. Conventional HRT side effects included a 26% increased risk of breast cancer, 29% increased risk of heart attack, 41% increase in risk for strokes, and a doubling in risk for blood clots relative to the untreated group. Moreover, women receiving conjugated equine (horse-derived) estrogen experienced a six-fold increased risk for uterine cancer. Only those women under 60 years of age who had undergone a hysterectomy (surgical removal of the uterus) experienced a reduction in breast cancer risk when using estrogen without medroxyprogesterone acetate (MPA), a synthetic progestogen (Rossouw 2002; Grady 2002; Hulley 2002; Azoulay 2004; Moskowitz 2006; Ragaz 2010).

Given the substantial risks associated with conventional HRT, many women began to seek alternatives. Up to 70% of women taking HRT stopped and overall, women’s trust in the mainstream medical establishment declined significantly (Roumie 2004; Schonberg 2005). Data from the study also resulted in many physicians discouraging the use of conventional HRT for the prevention of osteoporosis and cardiovascular disease in aging women (Sharma 2003; Azoulay 2004).

Life Extension was not surprised by the results of the WHI study. The hormones being utilized consisted of oral equine(horse) estrogen and a synthetic progestogen, both of which differ in chemical structure from the natural hormones produced in a woman’s body. Life Extension has discouraged the use of conventional HRT for many years and instead has recognized the value of bioidentical HRT, which uses hormones that are identical as those naturally produced in women. Conventional HRT makes use of non-bioidentical hormones that differ chemically from those naturally produced by a woman’s body. Furthermore, the relative levels of the female hormones administered in conventional HRT are different (Turgeon 2006; Chlebowski 2010).

Bioidentical HRT is associated with far fewer side effects than conventional HRT and there is intriguing evidence that it may reduce the risk of certain cancers (Holtorf 2009).